Stanley Ho: The King of Macau 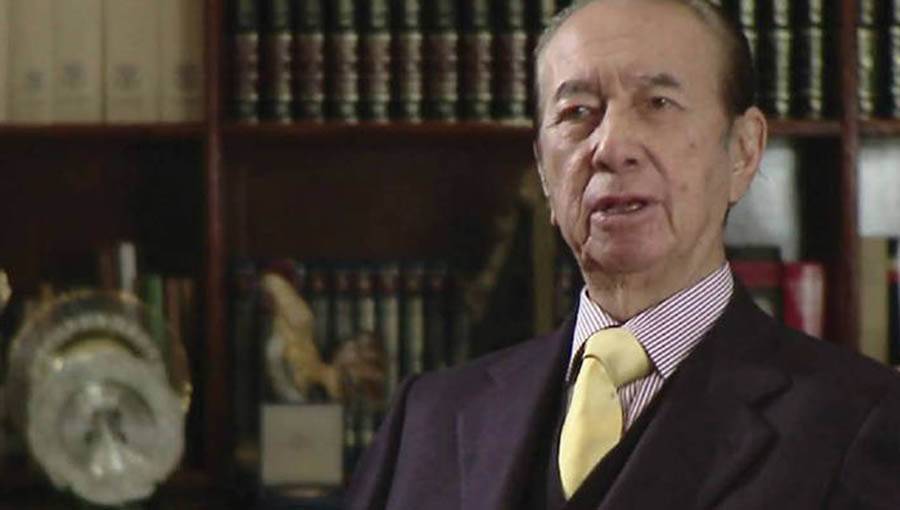 The King of Macau. The King of Gambling. Macau’s underground governor. In the unlikely event you don’t know of Stanley Ho, a glance at the 94-year-old casino mogul’s nicknames should offer a pretty succinct summary of what this grandfather of gaming is all about.

Stanley Ho’s story begins in 1920s Hong Kong, where he was born into the highly wealthy and powerful Ho Tung family. However, the Great Depression hit hard and his father and uncles went broke, with two of Ho’s older brothers reportedly committing suicide as a result of their struggles. Ho was transformed from a childhood of riches to his mother being unable to afford his teenage school fees.

There was at least one positive to be drawn from the experience however. The lack of financial resources forced Ho to transform himself from an average student into one who attained high marks and received scholarships.

In a CNN interview in 2004, Ho recalled his downturn in fortune and what the experience had taught him. “When I was eight, my father had a pleasure boat, we had a few motor cars on the road, we had a summer house in Stanley – where I got my name – and we were really enjoying so much, we were absolutely spoilt,” he said. “From that, imagine, to rags, when even my own family members – I meet them in the street – would turn away their faces.” He concluded: “You have to learn from humility.”

The family tragedy also served as a major motivator for young Stanley. “I saw my mother crying every day, going to a pawn shop every day to keep us going, and I promised her I will make good no matter what,” he said. “So I managed to bring her from Hong Kong to Macau during the war years, and she lived here happily thereafter.”

Ho worked as an air raid warden for 15 days but fled to the neutral region of Macau during World War II following the Japanese invasion of Hong Kong, becoming, in his own words, a refugee. The experience stayed with him and he has spoken of how well he was treated there, describing himself as “indebted” to his second home.

While the triads’ historic involvement in Macau’s casino sector is undeniable, Ho has described his supposed connections as a “misconception”

The Wall Street Journal describes Ho as becoming wealthy by “trading supplies for a company owned by the Japanese military, the Portuguese government and local Chinese merchants”. In his early years in Macau, a special administrative region of China, Ho worked from six in the morning until 10 at night with no time for any sort of social life. The hard graft paid off however: Stanley Ho arrived in Macau with 10 dollars in his pocket and within a year was a millionaire. According to Joe Studwell’s book Asian Godfathers, Ho was running luxury goods into China during the Second World War, with his varied business interests expanding into trading the likes of kerosene and aeroplanes. There was high drama too, with Studwell writing of Ho once having to fend off a pirate attack.

Fast forward to 1961 and the 119th Governor of Macau, Jaime Silvério Marques, has designated the area as a “permanent gaming region” offering low taxation. The existing monopoly concession of Tai Heng is set to expire at the end year and Macau is looking to liberalise gaming in the region. Tai Heng bids for the new concession alongside a new firm, co-founded by Stanley Ho, named Sociedade de Turismo e Diversões de Macau (STDM). STDM won the day and its first property, Casino Estoril, opened the following year, with the flagship Casino Lisboa launching in 1970.

Macau gaming underwent a transformation during STDM’s monopoly years, with an upgrade in transport from ferries to helicopters (via jetfoils) mirrored by an upgrade in the overall casino experience, with glitzier establishments and more luxurious accommodation superseding the much more old fashioned ‘gambling dens’ of the past.

Ho isn’t a gambler and doesn’t believe in luck, which he says constitutes only 5% of his success. One of the few instances where he does acknowledge his good fortune came around a decade after launching with STDM in Macau, when Hong Kong began to issue immigration permits allowing visitors to the region.

Ho has been accused over the years of having links to organised crime in Macau. While the triads’ historic involvement in the region’s casino sector is undeniable, Ho has described his supposed connections as a “misconception”.

In August 1992, US Senate Committee hearings stated that, although Ho was not known to be involved in organised crime, he was linked to former associates who were. This is believed to have been a reference to his former business partner Yip Hon, who created STDM with Ho and Henry Fok.

It has been claimed by a US anti-gambling coalition that around the turn of the millennium Ho refused to appear in front of a Fillipino committee and answer questions about alleged ties to triads and money laundering. “These reports only say that I know some triad members,” he told the South China Morning Post. “Well, maybe you have come across some. To be associated with or to know someone is completely different.”

By 2003, the final year of the STDM monopoly, Macau’s then 11 casinos employed 12,400 people – 6% of the region’s total workforce. The venues generated gaming revenue of 29.5bn patacas – about 60% of the Vegas market – and paid 10.57bn patacas in direct tax to the government. The following year foreign operators were allowed into the market and in 2006 Macau overtook Las Vegas gaming revenues.

The arrival of foreign firms such as Wynn and Las Vegas Sands placed STDM somewhat in the shade as an operator of what were now often considered the more ‘downmarket’ casinos, at least in terms of mass market gaming. At the time of writing, the former monopoly has only the third largest Macau market share at around 20%. It’s fightback includes the development of the Lisboa Palace resort, set to open in 2017.

Away from the tables, Ho has admitted his personal life is “complicated”. He married his second wife under a Qing dynasty code, since outlawed, that allowed men to take multiple wives, and has also fathered children with two other woman he considers himself married to. He has either 16 or 17 children, according to different reports. One of them, Pansy Ho, is co-chair of MGM China, the Macau-based subsidiary of MGM Resorts International, and Hong Kong’s richest woman with a current net worth of $3.7bn, according to Forbes.

In 2004, MGM Resorts formed a joint venture with Pansy, and the new alliance purchased a sub-concession from SJM Holdings, the gaming subsidiary of STDM, for $200m to build the MGM Macau. It has been reported that it was Pansy rather than Stanley who did the deal due to the Nevada regulator’s concerns regarding the latter’s alleged organised crime links. Indeed MGM Resorts was initially instructed by New Jersey regulators to sell its 50% stake in Atlantic City casino Borgata because of MGM’s connection to the Ho family, although MGM was later allowed back into the state. Another Ho sibling, Lawrence, is the billionaire CEO of casino operator Melco Crown Entertainment.

In 2011 Ho, who was then said to be worth $3.1bn, divided his $1.6bn controlling stake in STDM among his relatives, keeping a small fraction for himself, in an attempt to quell an ongoing family feud over inheritance which had even pitted him against some of his own children. The saga was characterised by claims, counter-claims and lawsuits, as well as the poor health of Ho, who underwent brain surgery in 2009.

SJM has a battle on its hands to regain market share from some notable overseas adversaries. Whichever operators come out on top, they will be building on a base put firmly in place over 50 years ago by The King of Macau himself.