Fighting the fixers through education 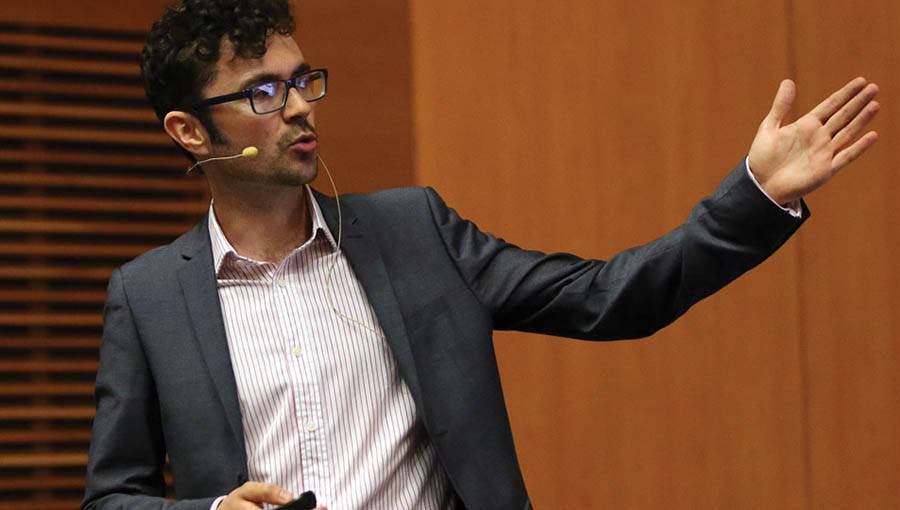 ﻿Gareth Bracken reports on Sportradar’s Integrity Workshops, which provide sportspeople with hard-hitting insight into the dangers of match-fixing

Match-fixing has long plagued the sporting world, enveloping players from the amateur ranks through to the highest levels of competition in a web of crime, threats and deception. Sophisticated resources and highly-evolved expertise are continuously being mobilised to combat this major issue, and certainly analysis and investigation can help highlight a fix and ensure appropriate action is taken. However, increasing attention is being placed on fighting the fixers earlier in the process by better educating and equipping the very players and participants they so strongly rely on.

In the days when pre-match betting was by far the dominant form, Sportradar Security Services created its monitoring system in an attempt to catch match-fixing before it occurred. However, as mobile and internet betting developed, and in-play betting began to usurp pre-match, it became increasingly difficult to stop a fix before the start of a contest, because the fixer’s wagers were being placed during rather than before the contest.

“At that point we weren’t really getting ahead of the problem. So we thought: ‘Before a problem has occurred, what can we do to prevent it, leveraging our expertise and experience?’” says Alex Inglot, Director of Communications and Public Affairs at Sportradar.

“That’s where our Integrity Workshops came from – understanding that there is a facet in the battle against match-fixing that benefits from pre-emptive work.”

Workshops have been delivered across the world from America to Malaysia, covering sports from handball to football to eSports.

“It’s a case of education,” says Inglot. “Our philosophy is based on the idea that a lot of people get involved in match-fixing out of naivety – they get caught up in something that they don’t understand or that they think isn’t going to develop into something really dangerous.”

Sportradar’s workshops begin with insight into the betting market at large to help participants better understand the context. This includes not only the enormous global wagering figures but also the more localised numbers relevant to that particular region.

The workshops also cover how match-fixers operate using relevant case studies, including video clips, to bring the situation as close to home as possible. “There are lots of ways participants get groomed by fixers,” explains Inglot. “Match-fixers are astute people who find and exploit vulnerabilities. Your brother needs hospital treatment; you love fast and young women; your mother is about to get evicted. They will try and exploit those vulnerabilities. People can easily get wrapped up in a situation that they can’t handle anymore or that they’re not in control of.”

“Some give you access to fast women and then blackmail you to ensure that you fix. Some exploit players’ frustration about not getting paid regularly or on time. Some say ‘come to our booth at the party – we’ll look after you’ and they’ll create this sense of obligation that you owe them. Some just physically threaten from the start.”

The next section of the workshop deals with the tools available to help combat match-fixing. Sportradar’s Fraud Detection System is referenced, in order to ensure participants are fully aware that a whole range of sports and leagues are being monitored. As Inglot puts it: “Sometimes there are those who are cocky enough to think they can get away with it – we’ll give them a view on who’s out there in the market with systems and investigative capabilities that are probably sharper than they appreciate.”

At this point there is also discussion around the regulations, rules and laws that apply to the region in question, as well as the related sporting, civil or criminal sanctions. Issues around whistle blowing and pastoral care are also addressed.

Producing and presenting the content is only half the battle however; just as important is ensuring that the sessions are not only understood but also taken seriously by participants. “If they don’t take notice, it’s failed – so it has to resonate,” says Inglot.

Many of the workshops are presented by Sportradar’s Head of Education Danny Sears, who also leads on the creation of the content. “It’s all well and good coming up with great content and researching all the facts and figures, but it’s really about the delivery of that message and leaving the right feeling with the players. Because otherwise you could just send round a PowerPoint and tell them to read it,” he says.

“I want them to buy in to the fact that this is a plausible threat and a genuine risk to their career and future.”

Sears goes into each of his workshops with the expectation that those attending may question its relevancy, either because they see match-fixing as something that happens on the other side of the world, or because they consider themselves to be too strong-minded to be influenced by the approaches and techniques of the fixers.

He continues: “There’s some really powerful messaging where we discuss criminals we interviewed who have fixed matches and come out the other side, and now have a real case of guilt and regret based on ruining their lives.

“I’m trying to convince them very early on that this is a problem close to home, and that even if you’re an innocent guy who loves your sport and has great career aspirations, you could find yourself very quickly in a very nasty place if you don’t have your eyes wide open. This is a problem that you want to avoid, and this is how you avoid it.”

He employs a number of techniques to combat apathy, including creating a “safe environment” for learning in which participants feel they can be open with him. Success in this regard is rooted in him being someone “credible and likeable” who can be approached with any questions participants may have.

Not appearing judgemental is vital too. “I start the workshop by making it very clear that I’m not there to accuse these guys of having done anything wrong, or implying that they’re going to do anything wrong,” he explains.

Sears describes the sessions as an “exercise in persuasion” in which he uses different media channels to build “spikes of engagement” throughout. “I’m trying to take them on an emotional journey really,” he says. “There are parts where they’ll be entertained and almost laughing at what they’re seeing. There’ll be elements where they’ll be shocked – I want them to feel a bit concerned and scared in places.

“These guys come in at the beginning with their headphones in, and my job is to have them on the edge of their seats within two minutes. I see these guys sit forward in their seat and buy into the content I’m showing them. You can see the shock on their faces sometimes, and they’re whispering to each other. That reaction is something that motivates me and gets me out of bed in the morning.”

While the workshops are designed to guide, advise and support participants, such newly acquired insight and awareness brings with it a newfound responsibility. “You’re giving these guys the chance to understand the issues and take the righteous path – there’s no excuse for them not knowing once they’ve had the education,” says Sears. “The fixers we speak to for the session content often say ‘there was no education’ or ‘I wasn’t aware of this’, so it’s a perfect opportunity to say to participants: ‘These guys didn’t have the opportunity we’re presenting you with now’.”

Complementary to the workshops are bespoke e-learning modules and assessments, which explain the vital messages about match-fixing and the betting-related threats to a sporting career by relaying the story of a convicted match-fixer recorded in a private interview, followed by related infographics.

The tutorial is broken down into chapters with multiple-choice questions to complete at the end of each section, enabling the organisation in question to gauge the understanding of each user and address any issues with particular individuals.

Although noting that feedback from the workshops is always “very positive”, Sears acknowledges there is still work to be done to enhance understanding at an executive level. “Some associations and federations recognised that we were on hand to help but didn’t really understand the problem. They thought that just taking our products would fix all of these problems,” he says. “We are always striving to become better partners with these federations – helping them implement these tools and products in a way that involves a lot more communication at their end with the clubs. It’s about laying down these expectations of the clubs and players – telling them they have to buy into this module and have to complete it.”

Progress is definitely being made, with the success rates of the workshops and e-learning modules going “through the roof ”, according to Sears. He recently delivered an integrity tour across Welsh professional football, covering the first and second tiers of football in the country. A total of 92% of the senior players in those divisions took part in the educational process, while e-learning scores for understanding and retention reached an average of 96% across the participants.

The fight against fixing is multi-faceted, with the educational aspect as important as any. The workshops are clearly having an impact and that can only be a positive step on the road to sporting integrity. “We want to ensure awareness, understanding and behavioural change,” concludes Inglot.

It’s a mighty endeavour but also a hugely worthy one which will hopefully become one of the great sporting success stories.