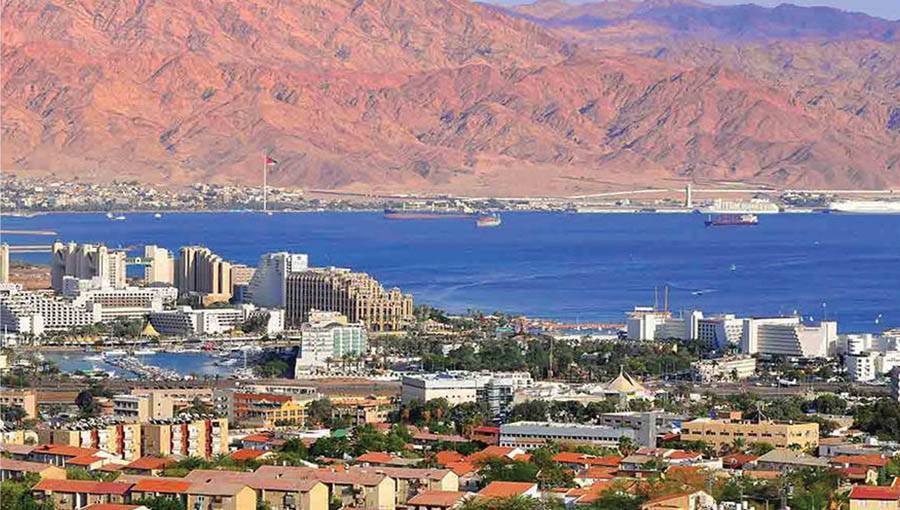 The potential creation of a casino in the southern resort city of Eilat has long been a topic of discussion in Israel. Current Prime Minister Benjamin Netanyahu first raised the subject back in the late 1990s during his first spell as leader, and then in 2003 during his tenure as finance minister. It was reported in local media last autumn that the Israeli premier had opened discussions with Transportation Minister Yisrael Katz and Tourism Minister Yariv Levin over the possibility of a casino on the current site of Eilat’s airport or near one of the city’s hotels.

Recently, it was reported that a committee is to be set-up to assess the potential for up to four casinos in Eilat. Netanyahu and Levin believe the introduction of casinos will boost the Eilat economy, particularly through tourism, and create jobs in both the city and its environs.

A government study has suggested that the casinos could generate annual revenue of $336m and increase international visitation to Eilat by 240,000. However it was also noted that national problem gamblers could increase by 30,000 requiring $2.2m every year to deal with the issue.

Aside from a state pool betting and lottery monopoly, gambling is illegal in Israel, although that isn’t to say that the locals lack an appetite for games of chance. “Israel is a dichotomy, because Israelis probably gamble more than many other cultures,” Israel-based consultant Peter Marcus, CEO of The Marcon Consulting Group told Gambling Insider. “Bulgaria, Romania, even Northern Cyprus are packed with Israelis who want to go and gamble. Even Vegas. There’s a complete demand for gambling.”

Despite this demand Marcus, a former Betfair and William Hill executive who has followed the Israeli gaming industry for many years, sees significant political obstacles blocking the progress of an Eilat casino. “Israeli politics is built on collations, agreements and broad consensus, and this is something that hasn’t got broad consensus,” he is keen to explain.

He notes opposition from orthodox religious parties – who hold a “massive amount of power in government” – and the country’s finance minister. “He grew up in a very poor neighbourhood and has seen how illegal gambling can ruin people’s lives. People have tried to persuade him but what he hasn’t understood, or not wanted to understand maybe, is that it’s better to allow gambling and control it, rather than ban it and have this nasty form of illegal gambling where there’s no controls and no social responsibility,” says Marcus.

He also believes that some opponents could possess a deeper political motive.

Under the terms of the 1993 Oslo Accords between Israel and Palestine, a casino was built in Jericho in 1998 and became hugely popular among Israeli gamblers, although it has long since closed. “This is just my supposition, but I think there’s a secret hope at the back of everyone’s minds that there can be a peace treaty with Palestine, and if that does happen there will be a need to have casinos in the Palestinian territory to bring in revenue,” he says.

For all of these reasons, Marcus feels the chance of a casino coming to Eilat in the near future is “very low”.

A slightly more optimistic outlook is offered by Tal Itzhak Ron, CEO of law firm Tal Ron, Drihem & Co. “We are under the impression that the government is starting to understand the economic potential in establishing a limited number of land-based casinos in Eilat,” he says. “The Israeli Prime Minister, Mr. Netanyahu, recently said to a source on our behalf that he desires to recreate Las Vegas in Eilat. But the vision isn’t free of obstacles, and the bottom line is that predicting the likelihood of a casino being approved in the area is a hard mission, and we are far from presumptuous. But we believe that for the first time in the history of Israel there is some actual hope for it.”

The suggestion that Netanyahu wants to recreate Las Vegas in Eilat will likely raise a few eyebrows, but Marcus does indeed see similarities between the two. “Eilat smells and feels a little bit like a very small version of Vegas,” he says. “If casinos were allowed, it would be perfect.” Eilat’s geographic isolation and special status as a VAT-free zone would both add to the appeal.

It is undecided whether Eilat casinos would be solely for tourists, or whether locals would also be permitted to gamble.

“In my view, opening it just for tourists wouldn’t work,” says Marcus. “Why would you go to Eilat when you can go to all the places around the world to gamble? The other issue is that 50% of Israelis have a second passport. So trying to manage the foreigners only rule would be an absolute nightmare.” Ron says the decision on whether or not to permit local gamblers will have “significant legal and regulatory implications” with regard to taxation, criminal acts and constitutional law, to name only a few issues.

As for the legal process leading to casino approval, Ron’s colleague Aviya Arika says the prime minister will first require enough support from the Knesset, the Israeli parliament. The next stage would be to “determine the supervisory authority” in charge of casinos, with Arika believing that a designated body will be established for this purpose, as opposed to simply extending the Israel Sports Betting Board. “Once the regulatory authority is determined and established, special provisions and regulatory demands will be put in place in order to clarify to the tender participants exactly what needs to be put in place and in what way,” she says. “We believe the way to regulatory consensus will be shorter.”

In mid-March the Cypriot parliament approved regulations relating to the establishment and operation of the first integrated casino resort in the Republic of Cyprus, the Greek Cypriot-controlled southern portion of the island, clearing the way for discussions with those organisations shortlisted for a licence.

The law allows for the operation of a single casino-resort and four “satellite” casinos developed by the same operator. Three of the four satellite casinos would only offer gaming machines, with the fourth also featuring table games. The government wants to award the single licence by September and have the casino operational within two years. The Cyprus Mail reports that an operator’s fee will cost €10,000, alongside other smaller fees and an additional annual fee, while taxation will be based on gross gaming revenue. It has been officially confirmed that NagaCorp, Bloomberry Resorts and a partnership between Hard Rock International and Melco are the three groups in the running to receive the 30-year licence.

“The new casino will be state-of-theart. It will be the biggest in Europe with a minimum of 100 tables and 1,000 machines, plus a luxury 5-star hotel”, says Lykourgos Vasmanoli, founder and owner of Cypriot casino consultancy Sunobel (CCasinoC.com).

As for how popular a new casino would be, Vasmanoli tells Gambling Insider that it depends on the “vision and targets” of the successful operator, but says he believes that such a project has the potential to “change casino tourism habits internationally”. He describes the new casino as a “once in a lifetime experience for any visitor”, adding: “Why would people in the Middle East or Europe go anywhere else? You can travel to Cyprus at any time of the year and visit a large, modern casino, enjoy good weather and a good customer service mentality.

“People can bring their family and enjoy the biggest water park in Europe, restaurants or the nightlife of Limassol and Ayia Napa – areas that are famous worldwide.”

For these reasons and more, he believes the Cypriot casino market has “unlimited” potential.

Vasmanoli’s advice to the successful operator is to “think big and create an entertainment environment for customers of different ages and expectations”. He concludes that the eventual development should “give locals as many jobs as possible” in order to win over the Cypriot community.

“Cypriot citizens have a lot of money to spend – the winning company needs them on their side.”