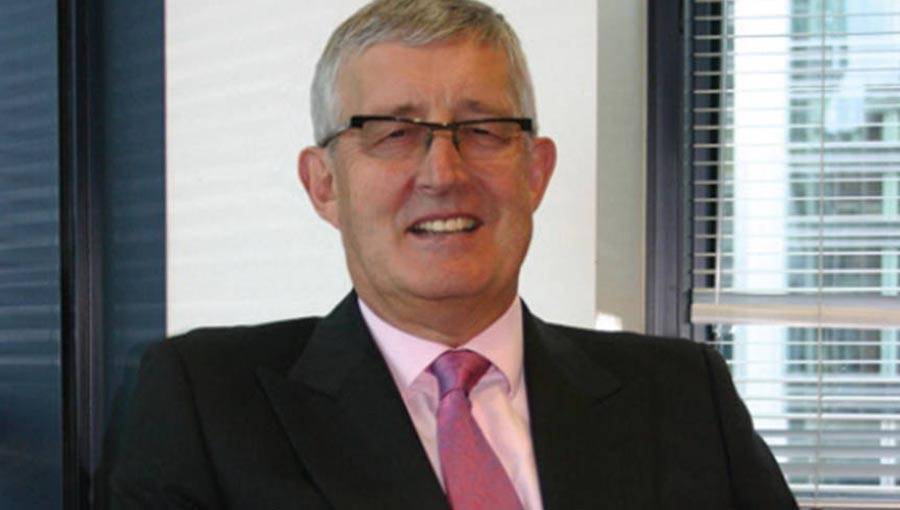 The Responsible Gambling Strategy Board (RGSB) published its 12-point National Responsible Gambling Strategy in April that will run from 2016 to 2019, taking over from the previous three-year strategy. Sir Christopher Kelly, chair of the RGSB board, is the man behind one of the gaming industry’s most important social responsibility-focused organisations. Kelly sat down with Gambling Insider at the King’s Fund’s HQ in London to discuss the strategy, and was more than happy to delve into many of the industry’s more sensitive topics, including problem gambling, fixed-odds betting terminals and money laundering. Change could well be on the horizon.

Why did you decide to work with the Responsible Gambling Strategy Board?

I’ve been chair of the Strategy Board for three years now and I’ve just been re-appointed for a second term. It certainly wasn’t something I had planned. The approach came out of the blue, but it sounded like an interesting challenge. I’ve dealt with a combination of economic and social policy throughout my working life. This role involves elements of both, and relates to an important area which is why it was appealing.

In light of the previous strategy coming to an end, where do you feel the RGSB needs to improve moving forward?

This is the fourth iteration of the strategy. There is a degree of continuity with what went before. It would be very strange if it wasn’t. But there are a number of things that are different. Firstly, and very importantly, we are now operating in a very different climate to when our the strategy was produced. There is a visibly greater willingness on the part of most gambling operators to accept their social responsibility obligations in a serious way. That is not to say that everything is necessarily perfect, because clearly gambling operators are commercial businesses pursuing profit. But more of them now understand that the sustainability of their business models depends not only on them taking social responsibility issues seriously, but also being seen to be taking them seriously.

You mention a “greater willingness” from operators. What do you think has driven that?

I can only speculate. But there has been a visibly heightening degree of public concern. There have been changes in personnel and there is rationality. It is not an accident that many chief executives now understand that the sustainability of their businesses going forward does depend on them being seen to take social responsibility seriously. When they say that now, I think they really mean it, at least in most cases.

How do you plan to carry out the 12 priority actions of the new strategy and turn words into actions?

Like any good strategy, a fair number of the 12 priority actions are already in hand, with things like the development of self-exclusion schemes. There are some areas that are going to be more difficult than others. Notably, one of the most important issues is gaining a better understanding of the nature of gambling-related harm at the moment. We tend to use a number of problem gamblers as a proxy, but that is far from completely reliable. Gambling-related harm comes in many forms, effecting many people differently. The more we can understand about the nature of the harm, the better we will be able to see what needs to be done to reduce it.

The Gambling Commission's figures showed that 0.5% of gamblers were problem gamblers in 2015. What information is out there that reveals more about the 0.5%?

There is some information, but not enough, which is why this is an important area to take forward. There is more information than there was about a number of activities. For example, the Responsible Gambling Trust’s (RGT) research into gaming machines over the last few years has told us a whole lot more about the way people play on fixed-odds betting terminals, which is a subject of major concern.

Which areas of the strategy do you think need to be given the strongest level of focus?

Two areas that are particularly challenging and will require more effort are our understanding of gambling-related harm and engaging with other bodies. The 0.5% figure can be made to sound like quite a small number when you express it as a percentage, but it is still actually a large number of people.

It becomes an even larger number of people when you take into account players who are at risk of becoming problem gamblers and an even larger number when you take into account all of the other people affected by problem gamblers, such as their family, employers and friends. It is disappointing that few agencies outside the particular area in which we operate take responsibility. The NHS, for example, funds virtually no treatment specifically aimed at gambling addiction. Almost all treatment is funded by the RGT, with one partial exception, despite the fact that problem gambling is a significant public health problem.

What can you tell us about your plans for B2 gaming machines, which were left out of the most recent strategy?

We are currently working on advice which we expect to submit in the context of the next triennial review. If that review is delayed, then my expectation will be that we would offer the advice anyway once we’ve concluded what that advice should be. When we do produce it, we will try to make sure that it’s balanced, objective and takes all the relevant factors into account.

Adrian Parkinson, Consultant for the Campaign for Fairer Gambling, said the new strategy is an admittance of the failure of the Responsible Gambling Trust, with regards to FOBT regulation. What is your reaction to that?

The Campaign for Fairer Gambling is a campaign organisation focused on a single issue. As a campaigning organisation, they often assert things which sometimes have the effect of reducing the impact of what they’re saying. They have a perfectly reasonable point, which is that we need to know more about the effect of product characteristics on gambling behaviour. That’s one of the things that is included in the strategy. We don’t know enough about that. There is some evidence, which they quote, that shows gambling machines may be particularly associated with problem gambling more than other forms of gambling. But they move on from that to say that because the research that the RGT commissioned into machines didn’t address that question, it was somehow wrong. I don’t accept that for one moment. They’re interested in one question and what the RGT’s research did was answer another question, which was equally valid and only made possible by the fact that it was the first time the machine operators were willing to make data available that was previously regarded as commercially sensitive. For the first time, researchers had access to all the plays on all the machines with all the major bookmakers over the space of almost a year. Analysis of that data produced a lot of important and relevant information, some of which ought to have helped shed greater light on some of the more wild assertions made about machines. When those who have to make decisions do make decisions about machines, they can do so on the basis of solid evidence and not assertion.

The National Crime Agency reported there were 2,459 suspicious activity reports filed by industry operators between October 2014 and September 2015. What more can be done to reduce the number of reports and how concerning are they?

I’m not sure I see suspicious activity reports as necessarily being a bad thing. It’s a good thing, because what really matters is a reduction in actual incidents of money laundering. If operators are showing a greater awareness of their responsibilities in this area and a greater willingness to report, that’s arguably a good thing.

Where do you see the UK gambling industry being at the end of the new strategy’s three-year period?

Among the factors that I would like to see when we come to review this strategy at the end of this three-year period is a better understanding of what causes harm. A significantly higher amount of trialling and testing of interventions needs to be done so that we can learn what works in reducing harm, both in preventing it before it happens and treating it afterwards and proper evaluation of each of those methods so that we can really understand what’s happened.