Why in-play evolution is necessary 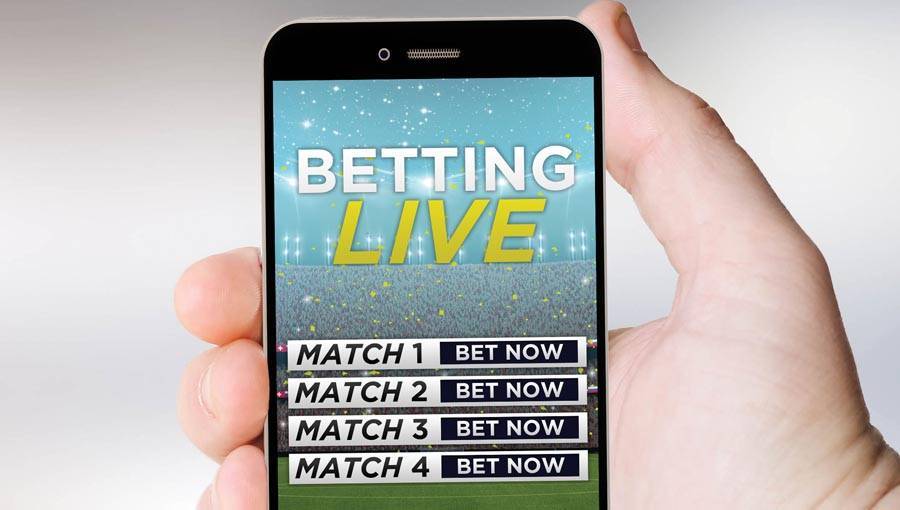 ﻿Innovation can be seen everywhere in the gaming industry except in the product that is the current darling of gambling, and that needs to change says Aideen Shortt

It would appear that a sense of smell is entirely disposable to a startling number of millennials. More than half actually, according to a recently reported study, which found that 53 percent would rather never again experience the whiff of fresh laundry, coconut shampoo – or, God forbid, the tantalising call of bacon in the morning if it meant having to give up their smartphones.

In GSMA’s Global Mobile Economy Report 2015 it is predicted that by 2020 the global penetration rate of mobile devices will reach approximately 60%. When I first read this I made, what I thought was, a highly original joke about battery power being a new rung at the bottom of Maslow’s hierarchy of needs (I’m hysterical; everybody says so). But unknown to me, several years prior to my moment of hilarity, in a TED interview Jan Chipchase pointedly observed that the mobile is very good at supporting the lowest rungs – the physiological and the need for safety and security.

So it’s no big surprise then that second screen is now so normalised that it’s almost impossible to think of actually concentrating exclusively on the TV. Unless it’s Breaking Bad, and then all bets are off.

Recently Accenture found that a whopping 87% of people use a second screen device when watching the television, and when specifically segmenting millennials and the under 35s the percentage is even higher. In fact, Global Web Index interviewed Euro 2016 viewers after the first few matches of the tournament, finding that 88% of viewers watching football between 10 June and 10 July will do so while simultaneously using an alternate screen, which wholly reinforces the Accenture data.

In-running or live betting is currently the largest contributor to sportsbook revenue. But since it started to emerge as the prevailing format quite a few years ago, it really hasn’t changed much, despite having such a profound effect on revenues. Growing the sports-betting market will involve growing in-running; and growing in-running means innovation in the product. Increasing push notifications or adding cash out, or escalator payments are all nice and will certainly have an impact, but they are evolutions of the product, enhancing what is there already (and in some cases, just bringing the mobile deployment in line with desktop). They are not offering the customer any fundamental evolution, so to that end it’s akin putting a new skin on a slot game, not creating a new game entirely.

This shortfall of product advancement is from an industry that is constantly pushing forward in other areas such as the (currently unnecessary) technological progress being made in the area of virtual reality. Call me old fashioned, but while I’m all for future-proofing our product suite, I also strongly suggest that we shouldn’t ignore the cash cow of the moment. And quite frankly, with a bit of thought, there is so much that can be done for in-running – especially since most punters now have a computer that's more powerful than the first NASA space shuttle that landed on the moon resting in their hand.

Beyond the gambling industry, other entertainment industries have made far more progress in multi-screen interactivity. For example, the video gaming industry has long been a pioneer in using multiple screens with the provision of extra data for playing games that perfectly synchronizes between the main game and the portable device.

There has been little or no gamification of the betting slip. In order for online gambling to truly enter the second screen market it needs to shift from a betting to game-based model. For the technology minded this means porting the risk management system to an architecture which uses a payout table based on real-time data feed of market odds, with the customer facing presentation capitalising on the global move to visual content.

The online world is now largely driven by images, not text. For example, with 400 million users Instagram has overtaken Twitter as a dominant social network and every day over 80 million photos are updated. Every second, 8,796 Snapchats are shared. This pictorial trend is completely understandable considering that the human brain processes visual information 60,000 times faster than text.

So, given the time-sensitive nature of in-running betting, why it hasn’t become a graphic-led product yet is a mystery to me, especially since innovative start-ups such as Konect Games are witnessing their visual format as having 5x to 6x stickiness over the traditional odds-table, with the board-based play allowing for in-running multiples and lightning fast bets that a bet slip simply doesn’t afford.

Another budding configuration is time-specific betting. Swedish company Spiffx launched a new game called Take 5, which allows one-click betting with static odds of 4/1, that there’ll be a goal in the next 5 minutes of a football game. Sports Roulette games from Konect focus on any action, including cards, goals, corners, penalties etc in distinct 60 second periods. Even Unibet’s Action Betting is becoming a lightning fast addition to the standard live offering.

Football is the stalwart of in-running betting, with tennis holding a strong second place. But despite the overwhelming dominance of football, it is important to note that there are other sports more suited to live betting – arguably the speed of game and the lack of natural pauses makes football less suited to in-running betting than, say, golf or even NFL.

Both of these sports have a play-by-play structure which is absolutely ideal for live betting. However, both pose significant challenges unique to their event. Golf needs clarity on pin placement, weather and wind knowledge etc to make the market, and the NFL season is brief, therefore yields less than stellar volumes of data which are necessary to set markets and place bets.

Horseracing is another massive ante post market, but sadly doesn’t lend itself well to in-running. All tracks are different, the ground quality is variable, number of horses per race changes – there are so many obstacles for this sport that algorithms to automate data feeds (which is a basic necessity for live market-making) are complex and have yet to be proven possible.

Currently in-running for horseracing is sparse and even then relies on manual real-time odds calculations, though SIS has announced technology with real-time pricing based on multiple data updates per second per runner for later this year. This is possible by the placement of transmitters into saddle-cloths which track minute movements and positions.

This thinking and technology is, to my mind, the definition of innovation in in-running. Maybe it will be a game-changer, but definitely it’s the way we should be heading. What’s clear though is that right now the nimble companies are jumping the gun in taking the in-running market forward in a meaningful way over and above the behemoth software houses which appear to be focused more on product evolution rather than product revolution.

Aideen Shortt is a consultant with Random Consulting, and has over 15 years of experience in the gambling industry covering a complete spectrum of products and platforms from both the supplier and operator side