The contrasting tales of online poker and DFS 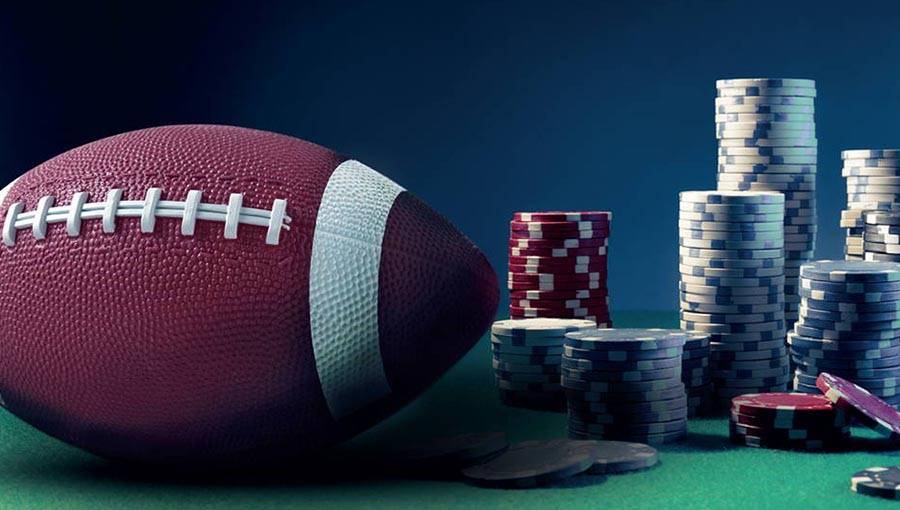 One way of looking at the stories of online poker and daily fantasy sports (DFS) in the US is that the former has been to the latter what Tim Henman was to Andy Murray. There was a period in the late 1990s and early 2000s where the UK was regularly caught up in Wimbledon-related Henmania for a near two-week stint in late June/early July. Sadly for the country, despite his best efforts, including a highest world ranking of four and six Grand Slam semi-finals, Henman was not able to end the curse of Fred Perry (where no British man had won a men’s singles Grand Slam title since Perry in 1936). Then another man came along and grabbed the attention when Henman’s career reached the back-end. Murray, who wrapped up his second Wimbledon title and third Grand Slam in July, unlike Henman, was perhaps better positioned to deal with the pressure of carrying the hopes of Great Britain, knowing what his predecessor went through and having a case study to learn from.

This is a similar type of privilege to that which DFS enjoys. In June, Gambling Insider published a web article outlining that the events in New York showcased the differences in how both verticals have taken on legal difficulties. This was after S8153, a bill seeking to legalise DFS, was passed by a verdict of 45-17 and was sent to Governor Andrew Cuomo to be signed. This was then officially signed into law last month.

That was one of a number of developments to have occurred in the US DFS space this year, as seven US states have legalised the vertical. In the space of one year, the overriding message from DFS-related news stories seems to have transcended from: “Is there a single US citizen who does not know about what these FanDuel and DraftKings guys are doing?” to: “How many Attorney Generals have now told the same two operators to hop on to their bicycles?” to: “X state has now regulated DFS”.

The process of creating a regulated DFS market across the US is of course going to take time, but it is compliance from FanDuel and DraftKings (FD/DK) that has stood out during the saga. New York, Texas and Alabama are three states where despite holding their belief that their offerings should be legal, the operators agreed to pull out of the states after being ordered to do so by each respective state’s Attorney General. This is in stark contrast to the actions of the likes of PokerStars and Full Tilt after the implementation of the Unlawful Internet Gambling Enforcement Act (UIGEA) in 2006, which of course resulted in Black Friday in April 2011, with US online poker players now being left with ample opportunity to play online.

Despite regulation passing in three states, the “Bad Actor” issue suffices in California and is seen as one of the stumbling blocks in front of regulation. Data sent to Gambling Insider by Global Betting and Gaming Consultants showed that global internet poker gross gaming yield totalled $4.99bn for 2010 and dropped to $3.87bn for 2014. The forecast for 2019 is $3.22bn. Between 2005 and 2015, North America’s share of the real-money online poker market descended from 59% to 12%.

Of course, one natural response could be: “Big deal. Online poker is after all, for many players, just a casual means of passing the time away in the confines of your own home.” But for those that have caught the online poker bug or even make a living out of it, it is a sad state of affairs that they are broadly restricted from being able to play in regulated markets in a country that has produced many of the game’s greatest ever players. Are PokerStars and Full Tilt to blame for that, or at least partially to blame? The latter would be the most likely, though it would perhaps be unfair to say they caused the problem itself. DFS has not had to face anything like UIGEA just yet.

According to the United States Census Bureau population data available up to July 2015, online poker would have been available to approximately 9.62 million US residents on 1 July 2016, as that would be the total residents over the legal age of 21. In comparison, we can look at the total number of US residents that were 18 or over (the legal age in all seven states where DFS is currently regulated) as of 1 July 2015. DFS would have been available to approximately 30 million residents and that number is unlikely to have fluctuated much since then. This is despite the fact that, including New York, DFS has still been blocked in eight US states due to negative opinions from attorneys general.

Is Gambling Insider wide of the mark in its assessment that the two industries have faced similar problems? Online gaming consultant Steve Ruddock says: “The two industries have some similarities and some notable differences. Both products are offshoots of known games (season long fantasy sports and traditional brick-and-mortar poker) that have caused lawmakers and law enforcement to react to their arrival. DFS could point to the UIGEA carve-out and then take their case to the states. Online poker had no such federal law to point to and was more or less at the mercy of Department of Justice legal opinions.”

John DeCree, Equity Research Analyst at Union Gaming, agrees with us to the extent that DFS can learn from i-poker’s attempts at combating legal challenges, but points out that unity appears to be a key strength that DFS possesses and online poker does not. He says: “I think some of the legal challenges are similar, though DFS appears to have a more favourable starting point with online poker in the US already setting some precedents. The carve-out for fantasy sports in the UIGEA is the big difference, as it gives DFS grounds to continue operating under one interpretation that the activity is a legal game of skill. The original intention of the carve-out for fantasy sports is open for interpretation, but DFS does have legislation it can point to at the federal level.

“The challenge for online poker historically has been that even its gambling constituents, land-based casinos, have been split on the issue at best. There is definitely more public support for DFS which makes the legal challenges more manageable given the broader support.”

FanDuel and DraftKings can be separated from the likes of PokerStars and Full Tilt, in the sense that the two DFS powerhouses have not really had to worry about further competition, as the two online poker operators faced from the likes of PartyPoker, Bodog and UltimateBet. Had one of FD/DK pulled out of all US states where they had been ordered to and the other remained, then this could have had an impact on the market, but the contrast is that the idea is about playing the long game, accepting the short-term hit to revenues in states where legal fights are ongoing. This contrasts with the short-termism in PokerStars and Full Tilt’s US exploits, but that is not to say that one approach is right and the other is wrong. On what can be learned from the events that led to Black Friday, Ruddock says: “The key takeaway for DFS operators is to not test law enforcement in the US. You may think you have everything figured out, but eventually they'll come down on you. Thus far, FanDuel and DraftKings have pushed back and challenged, but are still conforming with whatever laws states have passed.”

Should the approach continue to be one of co-operation, then what could be next for the DFS industry? DeCree says: “I see the industry continuing to evolve as a more widely accepted and approved business. I think DFS is here to stay, but perhaps in a more regulated capacity. DFS benefits from a very large existing base of sports fans.”

Online wagering on skill-based games across the US may have been given another chance by DFS, and as it seems to have jumped to the front of the regulatory queue, it is now time to see if playing ball will reap rewards as the debating continues.