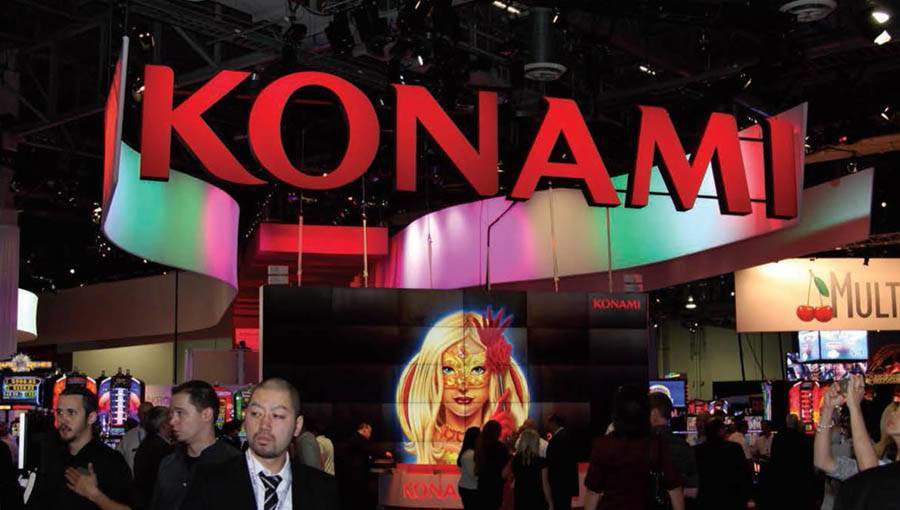 ﻿The Japanese company has reconfigured its strategy in the last two years, moving away from home-console gaming and towards the casino and mobile gaming market. Is this decision paying off?

A veritable titan in the world of video game publishing and development, Konami has moved away from the business sector in which it made its name in recent years. The company cancelled the latest game in the long-running Silent Hill franchise, and publicly parted company with Hideo Kojima, a man who is to video-games what the likes of Quentin Tarantino are to cinema.

In doing so, Konami has moved to re-focus its efforts on the mobile gaming and gambling sides of the business, launching a number of new casino games and restructuring its efforts in pachislot and pachinko machines into a new “Amusement Business” division in the August of 2016. Has this move paid off?

Founded in 1973 under the name Konami Industry Co Ltd, the company initially positioned itself in arcade rooms up and down the globe, with its Teenage Mutant Ninja Turtles and Contra coin-ops sitting proudly among the most well-loved titles the in-cabinet style of video games has ever served up. Konami's footprint in the world of video games grew to Godzilla-like proportions in the years that followed, with series including Metal Gear and Castlevania earning vast critical acclaim and selling by the millions.

As a supplier to the gambling industry, Konami has made a not insignificant amount of hay in coupling its casino machines with the intellectual property that built its reputation in the video-games industry, with a particular focus in recent times placed on the game of pachinko.

Pachinko is a type of Japanese game more or less equivalent to the slot machines that line the halls of traditional casinos in Vegas. It is a game that has not found a great foothold in the west, but according to data compiled by Bloomberg, Japanese punters wagered $203bn on pachinko and slot machines in 2015, dwarfing the revenues from machines in Macau, Nevada and Singapore.

It was back in 2015 that Konami moved to leverage its existing intellectual property on the pachinko side of the business, announcing the somewhat unfortunately named “Castlevania: Erotic Violence” in July. A pachinko slot based on the classic survival horror series Silent Hill soon followed, debuting in August 2015, while Metal Gear Solid 3: Snake Eater received similar treatment in a launch trailer for the new machine in June 2016. The initial response to these titles both on mainstream websites such as Youtube and in the video-gaming press was unfavourable to say the least. Geek.com greeted the announcement of the Silent Hill pachinko machine with an article headlined “The only thing Konami hates more than you is Silent Hill”, while Kotaku ran with the equally morose “The new Silent Hill will break your heart”. The same website wrote “Dammit Konami. Metal Gear Pachinko is really happening” upon the reveal of the game, while a Youtube video showing the launch trailer, viewed more than 130,000 times, has a like to dislike ratio of around 600 to 5,000.

Although the distaste shown in certain circles towards these titles is apparent, it is clear that the pachinko games bore the brunt of a wider dislike for the manner in which Konami was felt to be treating its employees and more established video-game franchises, as the business made a concerted effort from 2015 to move away from big budget video-game development and towards the development of mobile games and gambling terminals.

Two such instances stand out here. The first is the cancellation of the latest game in the Silent Hill franchise, titled Silent Hills, in April 2015, with the company issuing a statement to Gamespot that “Konami is committed to new Silent Hill titles, however the embryonic Silent Hills project developed with Guillermo del Toro and featuring the likeness of Norman Reedus will not be continued.”

The cancellation of this project was followed by the departure of senior executive at Konami Digital Entertainment, Hideo Kojima, who was working on Silent Hills and is responsible for conceptualising a number of the studio's most successful titles, including the Metal Gear series. While rumours of his departure began to circulate in April 2015, Kojima eventually left Konami's Tokyo head office for the final time on 9 October 2015, reportedly due to the fact that his desire to make the best possible game was rendering his development time too lengthy and his costs too high.

However, these developments come as part of a concerted restructuring effort by Konami, to move away from big-budget console video-game development and towards mobile and casino gaming. This switch in focus has now begun to bear fruit the company enters 2017, with its latest set of financial results revealing soaring operating profit for last year. The company posted a 70% increase here for 2016, recording operating profit of 29.6bn Yen for the nine months ending December 31 2016, indicating that its new strategy is making sense in financial terms.

Coupled with an emphasis on the pachinko and pachislot business as a key constituent part of Konami's new strategy is a renewed focus on the mobile games side of the business. Its Yu-Gi-Oh! Duel Links game has been downloaded more than 25 million times, while 5 million players have downloaded Jikkyou Powerful Soccer, underlining the shrewd nature of Konami's redefined approach. While fans of the video-game series that now find their latest iterations dotting pachinko parlours as opposed to the video-game home console market may lament the financially driven nature of this new direction, it is difficult to begrudge Konami making what it feels to be the best use of its assets and intellectual property.

Moreover, the decision to shift away from video-game development and towards gambling may prove to be an especially prudent one in light of the Japanese Parliament's decision to pass legislation legalising casinos in December 2015 – bringing to an end more than a decade of debate on the subject. The Daiwa Research Institute's initial assessments show that just three casinos could generate nearly $10bn in net profit on an annual basis. Konami's status as one of the largest providers to the gambling industry could see it take a big slice of those profits should it leverage its assets effectively. Based on its most recent set of results, it is fair to say that from a financial perspective, Konami's recent bout of refocusing is paying off.

It is undeniable that Kojima's time with Konami ended in an unfortunate manner, amid reports that Konami blocked him from attending The Game Awards 2015 at which the last Metal Gear Solid title to bear his name, The Phantom Pain, was honoured. However, we are now than a year on, and while Kojima no longer works for Konami, he continues to work on new games, creating Kojima Productions in joining forces with Sony, with the electronics giant marking this news with a video titled: “Announcing a new partnership with one of the most celebrated game developers in history.”

Kojima's work on Silent Hills may still live on in some form through his latest title, Death Stranding, which features major Hollywood figures Norman Reedus and Mads Mikkelsen among its leading lights. In short, while his departure from Konami may have stoked controversy, fans of Kojima and his work will be delighted to note that he is not going anywhere.

To sum up, while fans of Konami's prior work in the home-console video-game market can lay claim to understandable disappointment that their favourite franchises will not receive fully-fledged follow-ups, from Konami's perspective, treading new ground in mobile and casino gaming is a decision driven by justifiable commercial decision making, and with the Japanese casino market set to open up in the coming years, it could prove a thoroughly astute one.