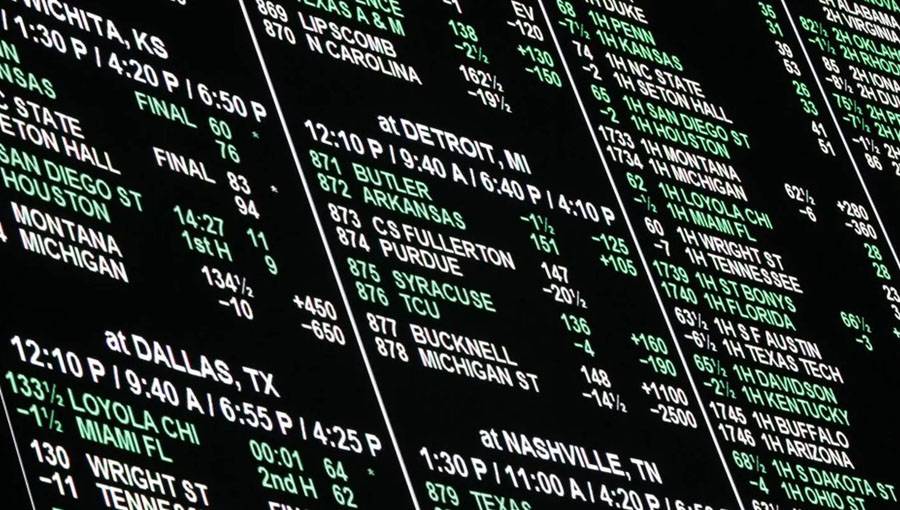 ﻿Now that the US Supreme Court has done away with the Professional and Amateur Sports Protection Act (PASPA), Jake Patel looks into whether the sports leagues should be taking a slice of the pie.

With the introduction of legalised sports betting across the US comes the issue of regulation and ensuring everything is above board and legal.

In the build up to the Supreme Court’s ruling and striking down of the 1992 PASPA, the four major North American sports leagues and the National Collegiate Athletic Association actively fought against New Jersey’s efforts to legalise sports betting before it reached the Supreme Court.

Now the leagues have changed their tune… as they could stand to benefit from legal wagering on their sports. The leagues have recently pushed for tax revenue from all legalised sports betting activities on the basis that monitoring the integrity of the sports and ensuring there is no foul play will put a financial burden on them. This is being referred to as an integrity fee.

Jake Williams, Head of Legal for sports data services supplier Sportradar, told Gambling Insider: “They are going to need to watch what’s happening with their sporting events, whether it’s collecting information or monitoring that information so that they know exactly what is happening in a regulated market. Alternatively, they could be doing that on a global basis as well, considering that the betting markets are now truly global.

“They are going to have internal costs, including staffing up, having betting experts join the teams within league offices to understand what’s happening, and if they need to respond at all with regards to whether it’s suspicious betting activity. There is also the education part. They have to talk to their players and coaches, their team owners and all the staff around the leagues and tell them how this is a new area for them and educate them on what might happen.”

VIEW FROM THE LEGISLATOR

The first state to include the integrity fee in its sports betting legislation was Indiana. In January, a bill was put forward allocating a 1% integrity fee to sports leagues depending on the wagering handle. The bill would also impose a 9.25% tax rate on sports betting revenue. Another bill was introduced, which didn’t include integrity fees. Although neither bill was passed in the 2018 legislative session, a member of the Indiana House that supported the bill, Representative Alan Morrison, said there was some input in the initial bill from the NBA and MLB. Morrison told Gambling Insider: “We need to understand these major sports leagues will see an increase in wagering on their sports. If they think they should be compensated for it, that is up to them. I don’t agree or disagree, but I do see where they are coming from.

“We are pretty unique here in Indiana. We were the first state to be approached by any major sports leagues to be part of legislation at the state level. We’ve been able to open up an important dialogue. They requested to be included and it was not a bad way to start the conversation.”

Steve Sweeney, the Democratic State Senate President, even went as far as describing the integrity fee as “extortion” in a letter addressed to governors and legislative leaders back in May.

“Essentially, the leagues are askingto be paid to allow games to be played fairly,” Sweeney wrote.

“Ironically, they are calling this extortion attempt an `integrity fee,’ even while fully aware that providing participants a stake in the volume of betting would amount to what could more accurately be called an ‘anti-integrity fee.’

“Their demand begs the question of what they would now start doing to preserve the integrity of their games that they have not been doing for years.”

The American Gaming Association (AGA) has also voiced its concerns with the introduction of the integrity fee.

Sara Slane, Senior Vice President of Public Affairs at the AGA told Gambling Insider these fees will “essentially be taking money away from the tax payers and state. There will be less state revenue as the deductions are made before tax and revenue is paid to the state. The leagues appear to be more concerned with paying themselves.”

At the rate it’s going, it does not look like the debate around integrity fees will last much longer. The argument put forward by the leagues hasn’t had much traction at all. Slane went on to say that “it’s an uphill battle for the leagues that are pursuing integrity fees,” and that she’d be “surprised if any states entertain the notion of including integrity fees in the future.”

Adam Silver, the commissioner of the NBA, commented on integrity fees at a conference in July, saying: “Frankly, it’s not a place we’ve made a lot of progress. It’s one of the issues we’re talking to states about. We’re also very focused on how the data will be used and how we can protect the integrity of the league.

“My view is we should be compensated for our intellectual property, but we can do that directly, again, with commercial relationships with gaming establishments.”

There is also the view that states could take lessons from Nevada, which has had legal sports betting for several decades.

Slane said: “Nevada has proven that it has a strong sports betting model and has taught us lots of good lessons that other states could learn a lot from.”

This thought was echoed by Representative Morrison, who said: “We don’t have to reinvent the wheel completely. We can take some parts of what Nevada does, or even what is done internationally, to put together something that works for Indiana.”

Williams said: “Given it’s on a state-by-state basis, I think having a mish-mash of different regulations and even legislations would cause its own problems, so I think preferably, you would have a uniform approach and just if it’s a good idea or not, and if so, at what level is it a good idea?

“I think a 1% tax on turnover or handle is probably a bad idea, because you’re going to have to have federal and state tax taken out of that too and operators won’t be able to operate it effectively. Having that implemented on a uniform basis across all states would make life easier for everyone, including the leagues, operators and the state regulatory and legislative bodies.

HOW UNIQUE IS THIS ISSUE?

There are lessons that the sporting leagues in North America can learn from other countries with legalised sports betting.

In the UK, sportsbooks don’t pay any integrity fees to the leagues, but instead pay data rights fees. The English Premier League has been receiving huge revenue boosts from sportsbooks for data rights agreements since 1992. These agreements essentially provide bookies with the sports data necessary to calculate and formulate odds. This also allows sportsbooks to enter into sponsorship agreements with individual football clubs.

In the past, the US leagues have sold access to their data to daily fantasy sports operators DraftKings and FanDuel, so it is possible that they may try to assert their ownership of the data to sell it on to sportsbooks. First, though, the leagues must be granted exclusive rights to the data by the courts.

Alternatively, in Australia, integrity fees are very much a thing.

The sports leagues enter into private agreements with sports betting operators, which are referred to as an integrity agreement or a product fee. These agreements require betting operators to pay fees of up to 4% of their betting turnover, and to meet integrity controls and regulations imposed by the sports body they are in agreement with. In some cases,the sportsbooks have to comply with specific legal guidelines. The main takeaway from Australia is that special consideration has to be given to how integrity measures are implemented and how integrity fees are calculated.

Implementation of integrity fees in the US, then, seems rather unlikely at this point. But that won’t stop the leagues from trying to get their cut from the legalisation of sports betting.