Why South America is one to watch 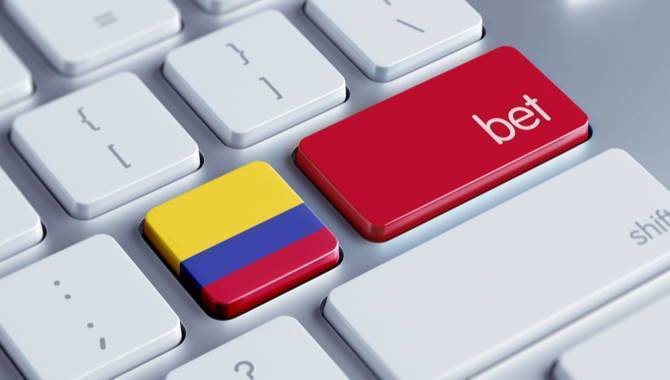 Juliet is the COO of Ganapati Plc and the Co-CEO of GanaEight Coin Ltd. Juliet joined Ganapati following three years at Japan’s top advertising agency, where she brokered and managed global sponsorship and athlete endorsement deals for some of Japan’s biggest companies. After seven years living and working in Japan, Juliet’s expertise lies in bridging the gap between Eastern and Western cultures through her understanding of languages, international relations and borderless business.

With over 427 million people making up the continent, and roughly 75% of that number eligible to gamble, South America is a massive potential market for online gaming.

South America has relatively recently begun to emerge as one to watch in the next big online gaming market stakes and doesn’t appear to be losing momentum just yet.

Colombia became the first Latin American country to establish a local licensing regime, which was introduced in September 2016, and is still the only fully regulated online gambling market in Latin America. The Colombian gaming authority, Coljuegos, then issued its first online gaming license back in June 2017.

Since the introduction of its legal framework, the regulatory body has been praised by many, including the country’s National Tax Directorate, for raising significant funds for both national healthcare and various other social services.

Colombia’s fully regulated online gambling market, which was initially predicted to generate up to $8bn in its first years of operation, grew by almost two thirds in the first half of this year as a result.

The entity also succeeded in shutting down almost 3,000 illegal gambling premises, by collaborating with federal police investigations, as well as calling for the introduction of tougher penalties and longer sentences for offenders.

Currently the only fully regulated market in all of South America and even Latin America, Colombia is not only a trendsetter but arguably one of the fastest-growing markets the area has seen.

The rest of the continent is not proving to be quite so quick off the mark. But with Colombia leading the way, are other sleeping giants more likely to awaken?

A market with considerable potential and picking up speed is Argentina. The region has recently begun making strides towards a legalised gambling market, since the province of Buenos Aires became the country’s first to enact a regulatory decree legalising online gambling and sports betting at the end of last year. The decree requires companies wishing to operate in the area to apply for a license and meet 20 specific requirements to successfully be granted one.

With the country’s potential online gambling market made up of individual provinces, there are hopes that more and more will follow the capital’s lead and introduce their own legislation. With the current progress in mind, it is widely believed Argentina as a whole is due to become one of the biggest markets in South America within the next two years.

Argentina’s positive outlook on the subject of gambling, online or otherwise, as well as its general belief that legalising it is the most efficient way to eradicate illegal activity and protect everyone involved, play a big part in the anticipation currently pervading through this region.

Moving on to a slower-moving but even bigger prospective market, we come to Brazil. Despite predictions of it being one of the biggest potential markets in not only the LatAm region but the world, there is still no legalised gambling industry in Brazil as of yet.

However, Brazil’s Ministry of Economy launched a public consultation this year on how to regulate sports betting, following the country’s sports betting legislation being signed into law in December 2018. Many are saying this could indicate the ushering in of a more comprehensively regulated online gaming industry.

The country’s exceedingly strict laws on the topic are said to reflect the post-war Government’s strongly held views that there was a link between gambling and organised crime, prostitution and money laundering.

Despite modern views having changed regarding these issues, and a clear, overwhelming interest in online gambling and gaming having developed in recent years, the Government’s restrictions are yet to be lifted.

With foreign operators entering the market regardless, the industry is clearly proving to be a prosperous one for the country. This had led many to believe Brazil is beginning to realise it may nearly be time for changes to be made.

Overall, South American markets are evidently ones to watch for many reasons, including the increasing saturation of existing markets within the industry, plus the undeniably high interest from players across the continent.

Regulating the online sector across the area is sure to also bring a wealth of benefits to individual nations – as Colombia has shown us all.