In an article that originally appeared in the July/August edition of Gambling Insider magazine, Owain Flanders assesses the significance of online poker’s COVID-19 resurgence by taking a look into its recent history. 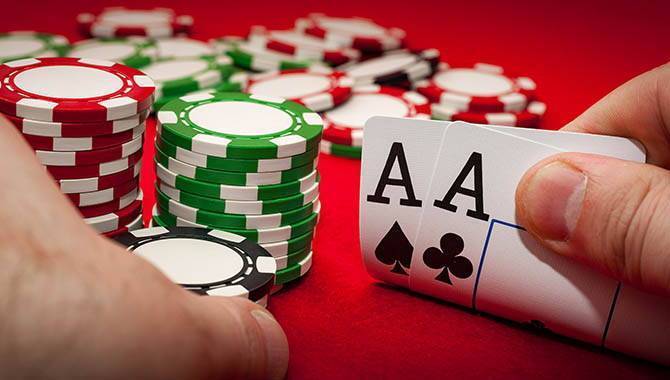 In an article that originally appeared in the July/August edition of Gambling Insider magazine, Owain Flanders assesses the significance of online poker’s COVID-19 resurgence by taking a look into its recent history.

What are the basic ingredients for a great comeback story? First of all, cancel all sports and temporarily halt traditional sports betting to increase traffic to alternative verticals. Then, lock potential customers at home with access to the internet. Finally, top it all off with a wide selection of operators eager to capitalise on such beneficial conditions.

Everyone loves a comeback story, and online poker currently seems to be undergoing one of its own - albeit through rather unfortunate circumstances. After locking potential customers at home and cancelling most major sports competitions, the COVID-19 pandemic had suddenly placed online poker operators within the small category of gambling companies able to benefit from an otherwise dire situation.

Of course, the story of poker is as old as time itself, but online poker has experienced a different lifespan, one that has seen a considerable shift in popularity over the last two decades. For us to understand the significance of its recent unprecedented growth, it’s important to look back at this history of highs and lows.

Although the history of real money online poker stems back to 1998, its first real explosion in popularity occurred in the early 2000s with the Moneymaker Effect.

In 2003, Chris Moneymaker claimed victory in the main event of the World Series of Poker after winning his entry with a $40 buy-in. Online poker suddenly became a viable skill-based way for amateur players to earn money from home, and Moneymaker’s fortuitous namesake became synonymous with the vertical’s growth in the following years.

Although the glory days of online poker were incredibly fruitful, they were also short-lived, something particularly true for the US. In 2006 President George W. Bush introduced the Unlawful Internet Gambling Enforcement Act (UIGEA), which saw an end to the majority of US online poker operators. Those who did continue to operate in the US would come to regret it. In 2011, many top online poker operators were seized for processing illegal transactions in direct transgression of the UIGEA, including PokerStars, Full Tilt Poker and Absolute Poker.

In more mature markets in Europe, poker’s popularity continued until around 2010, but as the bigger names took a greater market share and smaller brands died out, the vertical’s growth began to subside. Instead, online poker began to grow in emerging markets such as Asia where it continued to evolve, developing a more social style to suit its new demographic.

Speaking on a panel during the SBC Digital Summit at the end of April this year, Ivonne Montealegre, founder and event director of the Malta Poker Festival, explained the reasoning behind this rollercoaster pattern of growth. “Before the pandemic, we experienced the Moneymaker effect where poker was well known with just a few operators taking a large share of the market,” she said. “But then poker flat-lined and emerging markets saved poker for some operators. The big brands always survived but we were facing a poker industry which saw the smaller brands swallowed. Since 2010, it has been very difficult for poker to make the revenue it needed.”

Montealegre gave the shutdown of Microgaming’s poker network as an example of the market’s recent struggles in mature markets – and it would be difficult to find a better demonstration of how long existing online poker brands have found difficulty in adapting to the needs of the modern consumer.

In September 2019, the supplier announced it would be closing its storied online poker network, MPN, after an “extensive review of the poker product”. Microgaming concluded that it “had to adopt a very different strategy and business model, and that ultimately the poker network was “not part of that vision”. For a gaming supplier that had provided poker players with its network for more than 17 years, the decision to shut down MPN cannot have been taken lightly.

In fact, Microgaming instigated a number of measures to attempt to save its poker network. In 2018, the supplier rebooted MPN, updating the existing software with the aim of “streamlining the online poker experience” to increase its attractiveness to new players – a reboot that was ultimately ineffectual. Despite recent growth that saw MPN double in popularity to an average of 550 concurrent cash games during the pandemic, the supplier announced it will continue with plans to close the network this year.

It’s not all doom and gloom, however. While Microgaming might have been unable to mitigate its network’s pre-COVID losses, it’s been a period of significant growth for those who’ve been able to truly capitalise on current conditions. With some markets around the world doubling in size, Montealegre described the lockdown-fuelled comeback as a “second wave even bigger than Moneymaker”, and as we look at the evidence from operators, it would be difficult to disagree.

The Stars Group, owner of Pokerstars, reported considerable growth in its Q1 2020 trading update as a result of the poker giant’s contributions. The operator generated revenues of $735m for the quarter, a rise of 27% year-on-year. Despite the pandemic’s impact on the operator’s sports betting segment, increased customer activity across its online poker and casino product offerings had more than mitigated any disruption from the beginning of March.

US facing operators have seen a similar story. When contacted by Gambling Insider, Jamie Harvey, a news writer for The Big Blind blog and representative of WPN, explained how the poker operator had seen an “unprecedented increase” in sign-ups and player traffic as a result of the pandemic. As one of the few online poker networks remaining that service players from the US, Harvey said the new sign-ups had “increased exponentially”.

Since March, WPN tournaments have repeatedly broken entrant records and, according to Harvey, the biggest challenge WPN faced had been scaling up its services to accommodate for the larger numbers. “We had to take preventative measures such as making our main events two-day events because the server load was becoming dangerously high,” he commented. “This was despite the addition of dozens of more servers.”

Despite clear growth amid the pandemic, a question remains as to how long this popularity will last when lockdowns ease and sports return. For a number of reasons, it’ll be difficult for the vertical’s growth to maintain the pace experienced in the past few months. Undoubtedly, the economical situation of the majority of countries will become worse as a result of the pandemic, and rising unemployment could create a decrease in spending levels. Then, of course, there’s the inevitable reality that the return of sports will tempt most traditional sports bettors back towards their favoured vertical.

In its Q1 trading update, even The Stars Group seemed relatively pessimistic about the longevity of the vertical’s success. The operator admitted that the return of sporting events earlier than anticipated could benefit sports betting revenues but “could negatively impact the current increased activity across its online poker and casino products”.

The unprecedented nature of online poker’s comeback during the COVID-19 pandemic seems befitting of an unclear era. The truth is no one really knows. The period has seen some operators experience up to a 300% increase in revenue, but with growth recently levelling off, operators will hope this doesn’t decline in the coming months. For now, it’s too early to tell. The hopeful words of Montealegre help to maintain optimism, though, who insists we are back to “the golden era of poker again”.