Gambling Insider Editor Tim Poole visits the Hippodrome Casino, ahead of its 10th anniversary, to discuss the longevity and history of land-based casinos with Executive Chairman Simon Thomas. 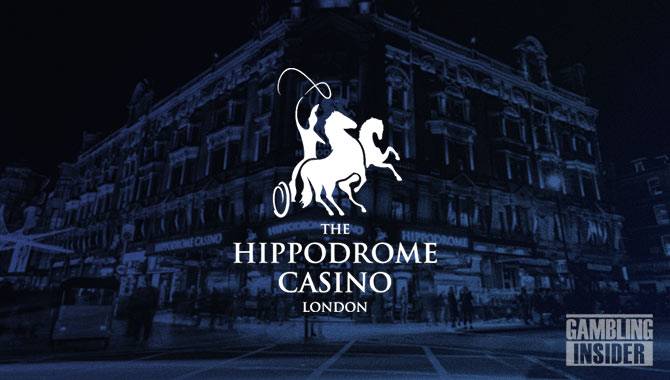 Picture the scene: it’s the early 20th century and you’ve just walked through the entrance to the Hippodrome. To your left, you see people, walls, tables – nothing new there. Up ahead, though, a group of seals catches your eye and, as you look back, the unmistakable noise of an elephant herd is supported by visual proof that your ears are not deceiving you. For that is the varied history of the Hippodrome, for 10 years now London’s premier casino – but many moons ago one of London’s premier circuses.

Opened in 1900 by Frank Matcham, the property was consciously named Hippodrome (which means horse track in Greek) by the celebrated theatre architect. Matcham designed 160 theatres between 1880 and 1920 – including the London Palladium and the London Coliseum to continue the Ancient Greek theme. In the Hippodrome, he had designed an all-purpose building that, over the next century, was to welcome circus acts, comedy acts, musical acts, ballerinas, theatre performances and, as of the last decade, a Global Gaming Award-winning casino.

Given the many different uses of this landmark building over the years, the fact it eventually became a casino could easily be interpreted as proof of land-based gambling’s longevity. And does that, in turn, mean land-based casinos will always be here to stay – as an integral part of culture and society?

“Without question,” Simon Thomas, Executive Chairman of the Hippodrome Casino, tells Gambling Insider at the property’s rooftop terrace bar. “There’s a natural human desire to gamble. When you think that gambling has been found in every culture, in every part of the world, in every part of history – cavemen had rudimentary dice – you realise how much a part of our culture it is. Casinos are, if they are allowed to operate properly with good regulation, a fantastic environment where you can gamble – and not just gamble but have a great night out. The best casinos are the ones that offer live entertainment, bars, restaurants, different forms of entertainment, poker, as well as gambling.”

Admittedly, the Hippodrome – and high-end casinos like it – is not always for the faint-hearted. Its steakhouse, the only restaurant in the UK to offer Spanish fillet steak on the bone, doesn’t exactly have a saver menu, while the Covid-19 pandemic has led to many casinos raising the minimum bet size at roulette and blackjack tables. As Interblock CEO John Connelly said at the Indian Gaming Association tradeshow in California earlier this year, table games worth less than $25 may become phased out as they simply don’t make casinos any money.

As Thomas points out, however, properties like the Hippodrome can offer you a genuine “money-can’t-buy” experience. The nights out; the glamour; the people. What anti-gambling campaigners quickly forget is that it’s not just the winners who celebrate. If a player visits the Hippodrome for an evening, it’s unlikely a losing player will leave the building complaining about the quality of staff, facilities or overall experience. They might even meet the odd celebrity, too...

“We’ve had famous people visit since 1900, Charlie Chaplin and Harry Houdini would be two of the early ones,” Thomas says. “The Russian ballerina Anna Pavlova, who was infamous in her day, and who danced the English premiere of Swan Lake here. All the musical stars of the ‘20s, ‘30s and ‘40s. When we had the Talk Of The Town, every notable act in the world came here. Ella Fitzgerald, Tom Jones, Cliff Richard, Judy Garland.

“Very topically, in 1976, the Queen visited; we’re obviously hoping she pops back (this year, the UK is celebrating her Platinum Jubilee – 70 years as Queen)! In my day, Prince has got to be up there, staying on the theme of royalty. Dire Straits performed here and we have our very own Channing Tatum popping in regularly. Malala was having a drink with Tom Holland on this terrace a short while ago. So we’ve had Hollywood superstars, royalty – but we welcome everybody.”

Famous or not, people form a complex part of any land-based casino. You have the players – 30,000 of them a week at the Hippodrome – the staff – 650 of them at the property – the performers, Thomas himself and his team of executives. When we ask what the toughest part of running the Hippodrome day to day is – bearing in mind its many redevelopments and well-documented closures during the Covid-19 pandemic – the Executive Chairman’s answer is simple.

“People,” he laughs. “People, people, people! We have an enormous range of disciplines within the building. But we have an incredible amount of people who have learnt to work, develop and make this place hum. So people are the most challenging thing but they’re also the most rewarding thing. Because when we get a really nice group of customers in here served by a load of very enthusiastic, happy staff, the experience is unparalleled.”

The lay of the land

Part of striving for that unparalleled experience, of course, is the arrangement of the casino floor. How does the Hippodrome design its floor, in terms of getting the most out of every vertical and appealing to every segment of its audience? A point Thomas is keen to emphasise is the importance of slot machines. Current regulations in the UK cap the number a casino can offer to 20. Following the upcoming UK Gambling Act Review, Thomas is hoping that number rises to 80. As for the rest of the floor, there are several factors involved.

“It’s part science, part experience, part gut feel and we make all of our departments compete for space,” Thomas observes. “Our poker room refurbishment actually came because our Poker Manager said: ‘I think this area would work better for poker than gaming.’ We’re not shy of trying new things. We’re pretty good – we don’t always get it right but we will keep refining and moving around. When you’ve actually made the change – if you are constantly reviewing it – it’s amazing how if you’ve got a corridor that’s two feet wide and you move a table six inches, you’ve increased the corridor width by 25%. It’s that attention to detail that really makes places feel good.”

Another consideration, Thomas cannot deny, is player profile. Different bettors want different things. British players traditionally love roulette, while Asian bettors traditionally love baccarat, with US players usually frequenting the slot machine areas and blackjack tables. Yet Thomas is careful not to restrict anyone. His aim is to create different environments that are attractive to different sets of players – and at different times. “The strange thing is you’d think tables in some secluded areas are more attractive to the high-end player,” he muses. “But actually the high-end player may want to play there sometimes – and then the next day play right in the middle of the main floor: with a big pile of chips, bluntly showing off.”

He continues: “While we have a baccarat lounge, which is aimed more towards the Asian market, there are a lot of British players that like playing baccarat and a lot of Asian players that like playing roulette. So it’s wrong of us to try to impose our thoughts on the areas; it’s for
us to create great areas that are all slightly different, and let people pick whatever area they want at that particular moment.”

Naturally, at the Hippodrome it’s far from just gaming on offer. In comparison to Holland Casino (see page 32), where the majority of revenue comes from gaming itself, visitors in the West End of London are after the all-round experience. Hence the Heliot Steak House, Lola’s Conference & Event Space, the ever-popular Magic Mike show and more. Thomas is “constantly striving to change and innovate.” This includes taking over two parts of the building during the pandemic that the Hippodrome did not previously control. There are renovations to come, such as the new Cafe Crépe, the new cocktail champagne bar, a ‘secret’ bar plus a new Chinese restaurant. The latter is a logical addition given the Hippodrome’s close proximity to Chinatown – but one that admittedly faces heavy local competition.

“Our history is phenomenal and it gives us a great platform to build from. But it would be a mistake to just rely on it,” Thomas tells us. “This place has been innovative and has always broken the boundaries for entertainment in the West End. And we do push the boundaries – there are no other casinos like it in the UK and I daresay around the world. It’s flattering when people visit from Las Vegas, for example, to see what we’re doing. We’re always looking for more; right now the space is working well – but if we think it can be better, we’ll change it. The space we’re in now (the terrace) didn’t exist two years ago and it’s already one of London’s best rooftop bars. Indeed, we are looking at ways of expanding it.”

Given the array of existing offerings at the Hippodrome, Gambling Insider can’t resist asking if there is anything Thomas wishes he could offer – in his wildest dreams – that isn’t yet on the menu at the Leicester Square-based property. Hotel rooms are something he’d consider, although he acknowledges there are already hotel rooms all around London. Whereas Las Vegas is all about destination resorts, Thomas describes London as “almost a distributed resort” – with hotels and restaurants all very close by. There is something very specific on his list, however: dinner parties at the Hippodrome’s cupola, which would offer an “unparalleled view of the area.” The Executive Chairman is adamant he will find a way.

Of the Hippodrome’s current products, the aforementioned Magic Mike is very much its ace in the pack. The relationship with the   show is “fantastic,” according to Thomas, and it’s a performance he assures us is enjoyed by all. (It isn’t just a Full Monty-type show for a female-only audience). It also creates an “amazing PR tool.” Thomas beams: “It’s a phenomenal show, the sort of show people will come back to time and time again, because it’s a beautiful dance show. If anything, it seems to be getting busier. With the Magic Mike 3 movie just having been shot in London, largely based around the putting on of the stage show, we know that’s going to give it another impetus.”

The Hippodrome chief asserts that Magic Mike won’t finish for a long time, with any extra demand for it even creating a (good) problem – á la the Hamilton demand of recent years in the US – given it is running at 90% capacity already. There is a second entertainment space in the building, while there have been some “interesting new acts” and live podcasts in the theatre, and Lola’s. If Magic Mike were to ever end, its replacement would have to be something “slightly alternative, slightly different and fitting in with the ethos of delivering entertainment with a smile.”

In fact, Thomas does not rule out the possibility of the Hippodrome ever expanding to a second property; he has full faith that his team would be able to manage it. The property would not be called the Hippodrome but would be “something that had a similar style of operation and ethos.” But Thomas concludes: “The Hippodrome is the Hippodrome. It is rather unique.” Indeed, the property itself is central to the history of the West End and, as it celebrates its 10th year as a casino, will become ingrained within gambling history.

Land-based casinos, as ever, remain immovable.