Gambling Insider Editor Tim Poole speaks to Holland Casino Director of Operations Noel Leise, about sustaining the appeal of casinos and how land-based operators can compete with a growing online market 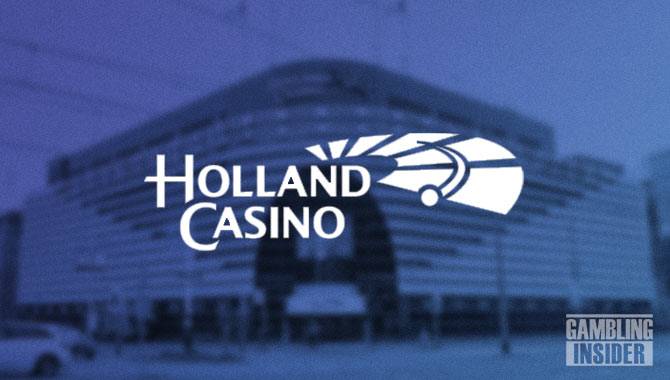 Can you tell us a bit about your background and current role?

I’ve been in the casino business since 1985, so that’s quite a while. I started working for Holland Casino in those days. I came from journalism, then I made a switch and I got into this business – and I’m still in it. I’ve done a lot of different things. I worked in Montreal, in Canada; we opened the big casino over there in 1993.

So I really started on the casino floor. I did all kinds of different jobs, but later on made it to Casino Director. Now, I’m responsible for the operational part of the company – the 14 venues we have. For now, I also take some responsibilities of our CEO, after Erwin van Lambaart left, with Petra de Ruiter due to start in September. So it’s quite a mixed job at the moment.

How difficult was the pandemic for Holland Casino?

We had a couple of tough years. It surprised us; it surprised the world because when it started you didn’t know how long it was going to last. In the beginning, it was more like make sure that your cash and liquidity are okay. We were closed for three, four months and then we could open again with limitations.

So we went from one scenario to another and sometimes the scenario was closing down. Sometimes we could operate but with severe limitations in volume, all kinds of measures and things like that. I think it was the summer of 2020 when we realised it was going to last longer than we’d hoped.

Then we started the restructuring, which was a cost-saving programme, mainly in management and overhead. At the same time, we took the opportunity to make some improvements in the way we organise and made it more efficient, more effective. So it was a combination of those two things that we did. But it was all in a pressure cooker because we didn’t have a lot of time.

We did this in about four or five months, which is not very long for a restructuring. So we did that by the end of 2020 and then, in 2021, we were partly open, partly closed. We didn’t have the opportunity to make it work yet, because we were just not up and running. We tried to take the opportunities we got, which meant thatwhen we could open, albeit with limitations, we still tried to make some money and keep our head above the water.

That’s mainly what we did in 2021. By the end of the year, we were closed again. The second time was over Christmas, which is the most beautiful period for a casino. But we were prepared for the future. We made serious cost savings and quality improvements. The only thing left was to open our doors. We got the opportunity in January to open up again and, by March, we were open without any limitations. No more restrictions.

But then we had another problem: tight labour markets. We had to hire many people and we couldn’t find them. It’s not just our problem, it’s a problem all over the industry. We are still working on that, but if you look at where we are now, we are very pleased with the volume of customers we have.

We can’t handle everything, sure, but we are trying to take things one step at a time. For now, we expect to be back on track by September.

You mentioned your 14 properties. Is there a hierarchy in terms of importance?

Of course, we have large properties that bring in more money than the others. On the other hand, we also have a brand and we want to be Holland Casino in all of the properties. They are all precious to us. But if you have to make a decision about let’s say, staffing, you look where it’s the most effective to do so.

In general, we try to serve all the properties more or less equally, but we have different properties. Hospitality at a high level, that’s really what you will find in every casino property. We have the large casinos that also have entertainment, more food and beverage concepts, more fancy restaurants, so there is a difference between the properties. It also depends on the region. If you are in Amsterdam, or Rotterdam, there’s a lot more potential than in, for example, the northern part of the country.

But they’re all important to us. There are a couple of areas where we don’t compromise: hospitality and responsible gaming.

If you’re looking at gaming versus non-gaming revenue, what’s the balance at the moment?

I think it’s still 85% to 90% gaming. We don’t have hotels and things like that; the only other things we have are food and beverage – and the entertainment is free. We offer it to make us attractive, but we don’t charge money for that. Entertainment is a very important thing for us because we really want to have a diverse offering. You have to be attractive, which is more than gambling, especially for younger target groups.

It’s important to have a social environment. Twenty years ago, we thought new generations would come for slot machines, for technology. What we see now is that they come for table games; they come for social interaction. They come with friends and they want to have fun. That demands more than just gaming, it demands fancy bars, it demands good restaurants. So that’s what we’retrying to build.

What’s the breakdown in terms of slots versus table games?

Right now, slots versus table games break down as follows: for the year 2019 (which was before the pandemic), gross revenue was €728m ($780.9m). Slots provided 52% of that, table games 42% and other sources of revenue 5%. Within table games, because that’s where it’s positioned, poker is really important to us. As far as revenue is concerned, it’s not very big, but it brings traffic. We are the only legal operator of poker in the Netherlands, so we want to offer it; and we have the big tournaments.

We had the World Series in Venlo and it was a huge event. We broke all the records there. So for customers, that’s a really great experience. Poker is very important, but maybe not so much financially.

How has Holland Casino adapted and kept the land-based offering relevant, especially with the growth of online gaming?

We have to really develop the land-based offering to be sustainable, to be future proof. Casinos are a traditional business. LasVegas may be different because they have the large properties, the big shows and everything. But that also asks for some volume, for a scale we don’t have in Europe.

So I think we have been trying to be more interesting for other target groups. We developed the low-limit areas with the Pulse Arenas, and the NXT, which is a combination of terminals. In front of those terminals, you have entertainers, so it’s more than gambling, it’s more like a social experience. I would say it’s pretty successful. It’s low-limit, so it’s not really the money maker, but it makes us complete – it makes us interesting.

Now, we also create partnerships with artists and with music halls or with, for example, Formula One. With Max Verstappen, of course, we have tried to build up a partnership that makes our brand more interesting. Those are the things we have been doing over the last couple of years.

We have to develop it, we have to keep developing it, but that’s never going to end. I think physical casinos, the land-based casinos, they will always be there. We have things in land-based that online will never match and that’s the social aspects. Being together with people, having fun gambling, that’s what you find in physical casinos.

In the future, 50 to 100 years from now, do you see casinos as always being a central part of city culture?

Are there any new areas or properties you’re looking at? Or, as you mentioned, is the focus more on staffing and returning to peak performance?

Yes, that is the focus but we also try to create a long-term vision of what we want to do with our properties. We have properties that we just built, and they’re obviously in a perfect location. But we also have properties that have existed for 30-40 years, and they’re not always in the best location. So we try to have a philosophy on where we would like to end up in 10-20 years from now.