US sports betting keeps growing and growing... and growing. Regular Gambling Insider contributor Paul Sculpher speaks to industry experts about the dangers of unchecked expansion, and measures they might take to ensure it’s done responsibly 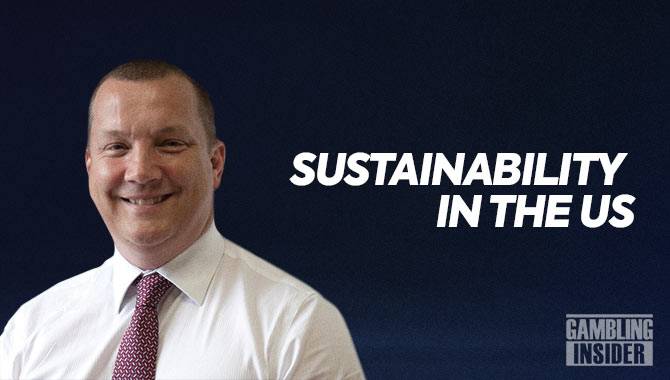 Sports betting in the USA used to be something which publicly seemed to be considered somewhere between “a bit dodgy” and outright degenerate behaviour. It’s fair to say there was plenty of illegal bookmaking, and the availability of offshore bookies meant you’d probably have been able to get a bet on from most states; but betting has historically never been really considered fully legit. For decades a slew of betting-related scandals, from the 1919 World Series “Black Sox” through Pete Rose betting on baseball games he was managing and plenty of other points shaving / paid officials / high-profile addicts, meant it was held in low regard, legal in Nevada and treated with suspicion everywhere else.

There was plenty of resistance, too, to a top-level sports franchise in Las Vegas when the Golden Knights NHL expansion team was announced, with hand wringing over players being too close to temptation – conveniently ignoring that a) any top-level player (or anyone else) could have got a bet on any game illegally for decades and b) the temptations on offer in Las Vegas for young people with high incomes aren’t limited to gambling.

In any case, fast forward to right now and the explosion in sports betting is truly staggering. If you’ve been to the US recently and tried to watch a sporting event on TV,the avalanche of betting ads is, frankly, relentless. The speed and totality with which the major sports have suddenly embraced sports betting is equally staggering – I determined to write this article when, while I was watching a baseball show on a national network, the hosts highlighted a tweet which began “Betting is awesome.” It went on to detail how the tweeter and their father love a bet on a game while they’re watching live. I enjoy a bet and completely get the concept of having a bet to make the game more fun; but in most developed countries you don’t see that type of cheerleading for what is effectively a controlled substance. Not too many beer ads have the headline “boozing is awesome,” and there’s a reason for that.  A cynical person might conclude that the reason for this Damascene conversion on behalf of the major sports has more to do with mountains of potential income from data rights and advertising revenue than a change in ethical considerations.

Predictably, there’s a massive state-by-state land grab for betting players right now – as each state opens up, depending on tax rates and other restrictions, vast sums of money are being expanded to try to be the critical first betting app on a new market’s phones.  Elsewhere in this issue, Ozric Vandervelden talks about the hidden cost of bonus abuse – almost on an industrial scale, we suspect –but the other cost may be a tsunami of problem gambling behaviours.

The key question is what happens if it’s all unchecked, and what are legislators and operators doing to keep players safe?  Worst case, if it were allowed to be a totally – well – Wild West situation, with everyone making a ton of money and huge numbers of unprotected punters getting into a horrific mess, would be a predictable fallout of crime and suicide; such as arguably has been seen in other jurisdictions when commercial concerns raced ahead of legal controls.  There’s a counter argument to controls too, along the lines of “what’s the point when crypto bros and inexperienced stock pickers are leveraging up and taking immense risks, and Daily Fantasy Sports has such an impact.” But I’d argue sports betting is far “harder” gambling in terms of both speed of repeat staking, and core links to something every red-blooded American is supposed to love – sports.

I spoke with Bill Pascrell III (known affectionately in the industry as BP3), a partner in Princeton Public Affairs Group, who is involved in working with operators  (including Entain) and regulators, about  where the US is at right now. He was forthright about the need for safer gambling controls to be more than a box-ticking exercise, and recognises that it has to be a priority, not just for the sake of doing the right thing, but as a matter of survival for an embryonic industry in the US. He told me: “It’s useful to think where we started – offline sports betting used at one time to be controlled by the mob, and now we have many new entrants to the industry, there hasn’t been a foundation of responsible gambling policies. Here, VIP was generally a code name for an addict, and that has to change across the board”.

He believes that one key pillar regulation is to capture data so that it can be shared across operators; although he recognises    that sharing data across states, in an environment where each state has its own legislation (and of course some have none) is more challenging. The concept of a national self-exclusion system, such as SENSE in UK offline casinos, seems along way away, but that doesn’t mean there’s nothing that can be done.

He continued: “It’s time to stop just talking about problem gambling and find solutions. Clinical studies are required, such as the one currently commissioned at Rutgers University, so that solutions can be research   and value driven.” Bill went on to tell me about initiatives his clients are looking at,  data-driven mechanisms to warn the player when their behaviours begin to look like those of a problem gambler, perhaps resulting in pauses or slowdowns being suggested, or enforced.

He also told me about ARC, a process whereby 72 different data points are used to form a profile of a player and their likely disposable income, which sounds like a much better way than the current UK system of interactions, questions, bank statements and gas bills, if it’s reliable. Some of the data is provided by the player, some open source material, but it certainly sounds like an interesting initiative. It's designed to provide the highest possible levels of player safety and protection, continuously upgrading and personalising protection for Entain's customers.

With this information in mind, I also spoke with Karim Chikh, Head of Legal and Compliance Analytics at Kindred Group, about how he saw best practise in what’s a much more mature online betting market in the UK and Europe. His primary  point was that responsible gambling considerations should be part of the process as early as possible, and should be tailored to the player’s profile as it develops.

“It’s obviously difficult at first, when you know nothing about a player beyond perhaps a TransUnion credit check to make sure they’re not in the process of going bankrupt,” Karim told me. “But as your system sees gambling behaviours it can be set, for example, to deliver a popup after a certain length of play or another metric is triggered”. He was careful to point out that, while some elements of funding behaviour – multiple failed payments, rapid deposits, cancelling withdrawals – might indicate grounds for concern, there are lots of other behaviours that are worth monitoring.

Looking at the wider picture, the main concern is that the UK and wider European industry only got to where it is now – at least a safer regulatory structure than was in place before the 2017 Money Laundering Directive – because the societal impact became great enough to generate media stories, which in turn affected the politicians enough to drive them to deliver effective regulation. In a brand new market like the US, with the state-by-state structure of the evolving laws, there’s a short-term / long-term problem. There’s so much money to be made in the early years that there’s little incentive, beyond a purely ethical one, for firms to self-regulate before  it’s enforced; and that creates scope for a lot of human harm before rules catch up.So what’s the answer, to make an embryonic industry sustainable in the US? Karim pointed to Kindred’s journey to zero (the mission to reduce percentage of revenue from harmful gambling to 0%) and collaborative approach, where it participates in conferences, commission research which is made public, and even share part of the logic behind its proprietary player monitoring system. True collaboration in a relatively fractured US market will be just as challenging as across Europe – if not more so – and the commercial driving force of maximising profit may lead some companies in the US to push until the regulators push back. We can only hope executives at a senior enough level will see the longer-term picture and recognise that hoovering up vast profits in the early days with little care for player protection will lead, inevitably, to a far harsher crackdown that  will hurt everyone and torpedo the industry in the future.