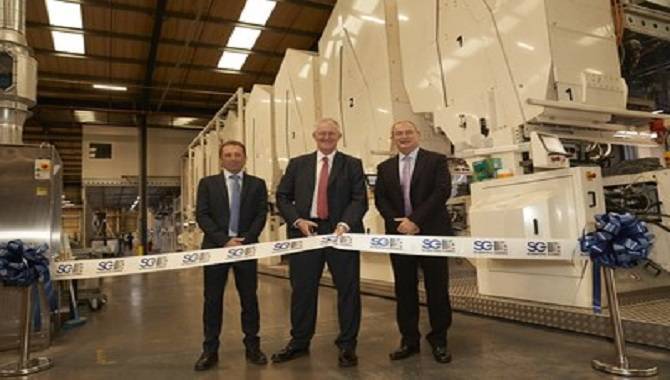 Scientific Games has announced the official ribbon-cutting of its most recent instant lottery game technology. Taking place at the company’s UK production facility in Leeds, it serves the UK National Lottery, alongside 50 further lotteries throughout Europe and internationally.

The company has produced instant games since its inception in 1994, helping it expand over the years into a $4.7bn consumer product category, funding its UK beneficiary programme.

This new technology expands Scientific Games’ global production capacity by over 20%, with an estimated 175 employee increase to the Leeds facility, which is one of the five production centres serving the lottery industry, representing 70% of its global retail sales.

Kevin Anderson, VP Global Strategic Accounts EMEA of Scientific Games, commented: “Our investment in this UK production expansion represents our strong commitment to serve the UK National Lottery and lotteries throughout Europe, and to entertain the world's players through our instant game innovation."

Hilary Benn, Member of Parliament for Leeds Central, joined with Scientific Games executives at the ribbon-cutting ceremony, alongside a host of the company’s UK employees.