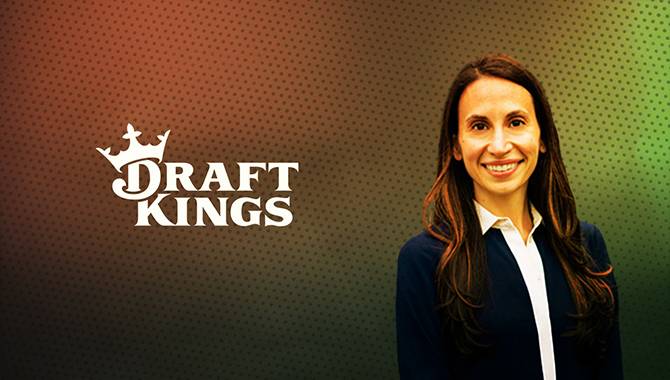 Stephanie Sherman has been promoted by DraftKings to the role of CMO, which consolidates all core marketing functions under her leadership.

Sherman, who became one of the company’s first 15 employees upon joining back in 2013, has risen through the ranks to be described by Adweek as one of the “most powerful women in sports.”

In her new role, she will continue to drive growth for the business, overseeing brand and agency campaigns, media buying and influencer strategy. Given the marketing spend DraftKings is involved with, controlling that budget comes with a certain amount of influence...

On her promotion, Sherman commented: “When I started at DraftKings nine years ago, there was a genuine and collective sense that we were building something special, and zooming out to today, that has been validated more than I could have ever imagined.

“For all the accomplishments we’ve celebrated and adversity we’ve overcome, I take on this new position knowing there is still so much opportunity ahead along with brilliant people ready to deliver.”

Congratulating Sherman, who begins her new role immediately, Matt Kalish, Co-Founder and President of DraftKings North America, said: “Since our early days as an insurgent daily fantasy business, Stephanie has been a driving force of our growth and contributed hugely to DraftKings becoming a household name.

“Stephanie’s consistently strong performance has earned the respect of the entire DraftKings team and she is recognised as one of our industry’s most dynamic marketing minds. I am thrilled to elevate Stephanie as our CMO and gain her integral perspective within our executive leadership team.”

In her previous roles at the company, Sherman oversaw customer acquisition and direct response marketing as Senior Vice President of Marketing.

She also helped guide the brand's expansion, through changes to include sports betting and online casino. Prior to joining the company, Sherman worked in the marketing department for VistaPrint, where CEO Jason Robins also used to work.