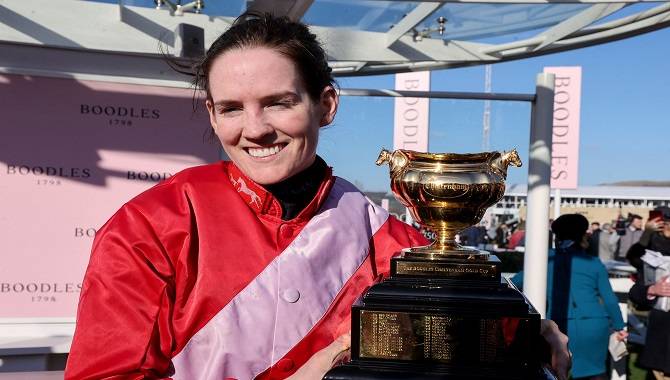 Flutter Entertainment has reflected on the full return of the recent Cheltenham Festival, following a pandemic-hit 2021, with its three flagship brands taking 40 million bets across the four-day event.

In what the operator described as a “horseracing meeting like no other,” 280,000 fans attended the 28-race festival in Cheltenham, which featured a number of historic events.

Paddy Power, Sky Bet and Betfair all processed large quantities of bets throughout the event. This included, according to Flutter, 35,000 bets per minute in the build-up to the showpiece race, the Cheltenham Gold Cup.

Dominic Crosthwaite, Chief Trading Officer, Flutter, commented: “While Flutter’s business continues to change at pace, Cheltenham remains one of the most anticipated sporting events of the year and a great opportunity for our UK brands to showcase their leading product and customer offers.

“It may have been a volatile week for the bookmakers; however, we were very pleased with our ability to seamlessly execute around 40 million bets over the course of the four days, which is testament to the good work and capabilities of our risk, trading and technology teams.”

In what will have come as a blow to the operator’s revenues, several of the big-name favourites were victorious in their respective races.

Sky Bet paid out over £5m ($6.6m) in winnings when Constitution Hill took first place in the Supreme Novices’ Hurdle, while Paddy Power paid out approximately £2.5m as Rachael Blackmore became the first female jockey to win the Gold Cup.

One particular fan saw their accumulator come good, with Sky Bet paying out £35,000 for a £3.50 wager on a seven-horse multiple. Furthermore, as part of the ITV7 predictor competition, two winners walked away with a combined £600,000 for selecting all seven winning horses on the final day.

There was some light at the end of the tunnel for Flutter’s operators, however. One million bets were placed on favourite Shishkin, in the Queen Mother Champion Chase, which didn’t finish the race.