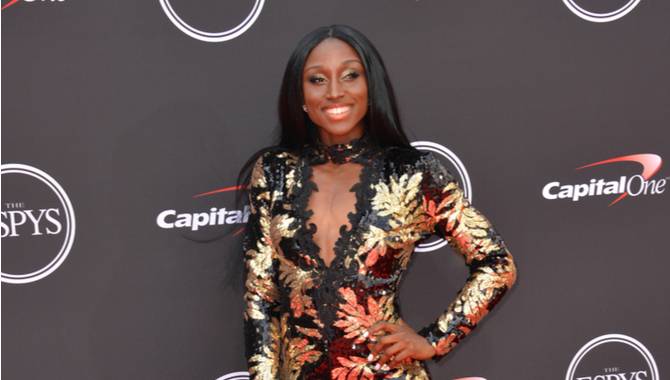 Andrews, an outfielder for Ohio’s Akron Racers, is the latest addition to the company’s roster of celebrities, which includes Hollywood actor Jamie Foxx as well as sporting legends Wayne Gretzky and Kevin Garnett.

As an ambassador, she will appear on behalf of BetMGM in broadcast and social media content, alongside participating in fan events.

After graduating from LSU, she embarked on a professional career with the Chicago Bandits, beginning in 2015.

The following season, Andrews was traded to the Akron Racers, where she became the first woman to win the Rawlings Gold Glove Award in 2016.

“I am so grateful for the opportunity to dive further into the sports betting industry as a brand ambassador for BetMGM,” remarked Andrews.

“As I continue to advocate for more opportunities for women in sports, I’m excited to have this new platform to creatively share and inspire others.”

In addition to her sporting achievements, Andrews works with community non-profit organisations to help mentor and inspire confidence in young women.

Matt Prevost, Chief Revenue Officer at BetMGM, added: “AJ is an all-around powerhouse who has been a trailblazer in sports throughout her career. BetMGM is proud to welcome her to the team as a new personality in sports betting.”

BetMGM, a joint venture between MGM Resorts International and Entain, is currently available in 22 markets. Most recently, the company brought its mobile sports betting app to Illinois.