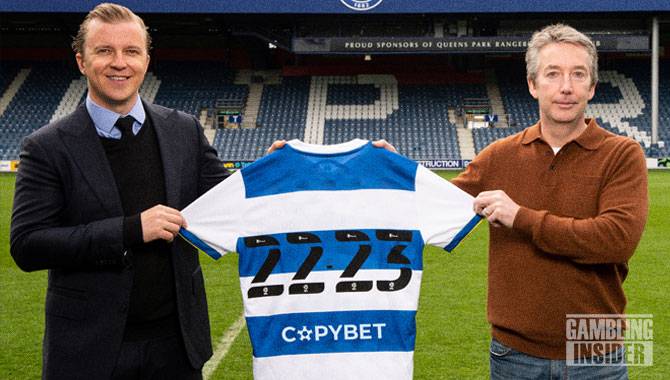 The sportsbook CopyBet has signed a deal to become the betting partner of Queens Park Rangers (QPR).

Per the deal, CopyBet will see its branding feature on the back of the first team’s playing shirt from the start of the 2022/23 season.

CopyBet UK's Business Development Director, Anton Ivanov, said: “We are delighted to announce our partnership with QPR. As passionate football supporters, we are extremely happy to be involved with such a historic English club. It is set to be an exciting season for CopyBet working with QPR.”

CopyBet offers pre-match and in-play betting on an average of 18,000 daily events and will now offer QPR fans a no-deposit £5 free bet to place on any QPR match throughout the season.

Euan Inglis, Commercial Director of QPR, added: “We are excited about this new partnership with CopyBet. Its model is very different from others in the marketplace with its innovative use of tipsters.

“Anton and the team at CopyBet have been a pleasure to deal with as we embark on this multi-year partnership, which will include several creative, collaborative initiatives.”

Recently, it was revealed that the Premier League is set to alter rules around front-of-shirt gambling sponsors in a bid to protect young people.

A voluntary commitment made to the UK Government, the Premier League has, however, announced plans to keep gambling sponsors on shirt sleeves so Premier League clubs can retain valuable sponsorship revenue.

No announcement has been made on the future of gambling sponsorship in the English Football League as of yet.