Betting operator SBK has announced its latest campaign, 'The ad we weren't allowed to make. But we made it anyway.’ 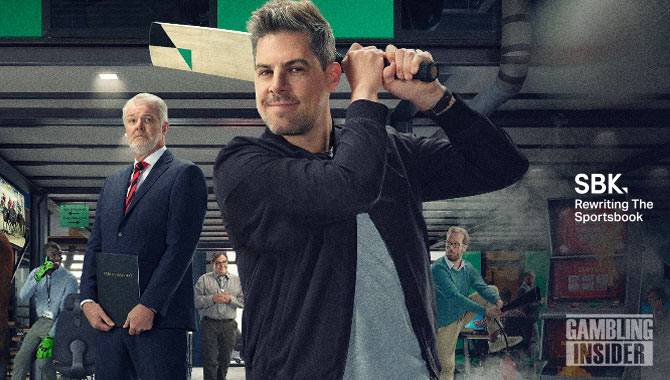 Fronted by SBK CEO and Founder, Jason Trost – alongside ex-Manchester United defender Gary Pallister – the new campaign features a commercial not-approved from appearing on TV by the UK clearance body, Clearcast, because of its content; which largely mocked SBK’s competitors.

In a statement, Clearcast stated the commercial would – had it got clearance to appear on TV screen across the UK – 'bring advertising into disrepute’. But, while the commercial has been barred from TV, it has been cleared to appear in London across a wide range of commuter locations – where a QR code will give access to the un-edited ad online.

At the launch of the controversial campaign, Trost went on the offensive, stating: “The industry’s old guard has been giving unnecessarily bad odds to customers for so long. We launched SBK to provide our world-best pricing to the mainstream market in the familiar feel of a sportsbook.

"That’s what this campaign is all about: how our odds are better than the rest who make easy money on casino products and huge sportsbook margins, and we’re not afraid to call them out. I had a blast filming the ad. I hope people enjoy watching it as much as I did making it.”

The campaign is intended to capitalise on the start of the new Premier League season and is the largest SBK has had since Smarkets launched it in 2019.

However, despite the ad mocking competitors, Smarkets was forced to apologise this year after a technical fault ruined the experience of the Cheltenham Festival for many attendees – many of which were unable to place bets through Smarkets’ system.

Ironically, while Smarkets takes aims at its competitors, many users were quick to complain about it due to these technical errors and similar issues.