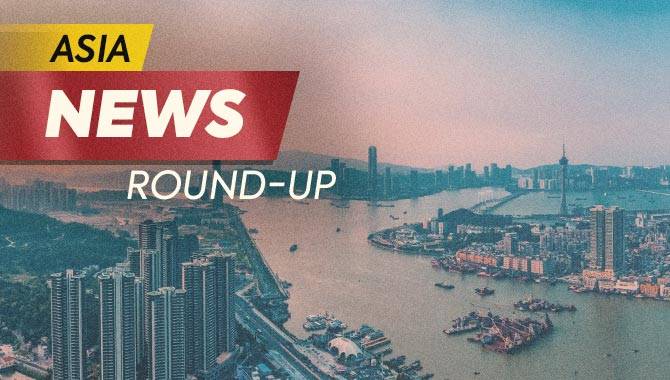 Hong Kong-listed investor Summit Holdings has announced it expects the Tigre de Cristal casino resort in Vladivostok to return to profit in H1 2022, after reporting a loss of HKD$8m (£1m) for H1 2021.

However, despite the news, Summit Ascent caveated the results by saying: “Although the Group’s integrated resort Tigre de Cristal is operating in the Russian Far East and has been self-sustaining without any bank borrowings, the Western sanctions resulting from the Russia-Ukraine conflict may cause significant long-term damage to the Russian economy.”

Sportsbet has announced a 5% increase for H1 2022, continuing the Australian sportsbook operator’s strong trend of revenue over the past year – as it reported a total of $743m for the first six months of the year.

It added: “Following significant retail restrictions in H2 2021, we focused on retaining customers through targeted generosity initiatives ahead of the new AFL and NRL season in H1.”

Success Universe, an investor in Macau’s Ponte 16 casino, has stated it expects to see an H1 loss of up to 1.5 times worse than it was for H1 2021.
In 2021, the loss of revenue recorded stood at HKD$52.8m ($6.8m); however, with the Covid situation in Macau growing worse over the first six months of 2022, the expected losses are worse than initially feared.
Success stated that its fiscal performance so far in 2022 was: “a decrease in the group’s share of loss of the associates relating to Ponte 16.” While also pointing out its cash flow remained strong, further adding: "The unrealised fair value loss is a non-cash item and will not affect the cash flows of the group.”
Restrictions in the Chinese gambling hub have made life difficult for operators with venues in the city, as much of 2022 has been dominated by lockdowns and tight restrictions to curb the spread of Covid.
Thai Police have caught She Zhijiang, after a decade on the run
Suspected of running illegal online gambling operations, She Zhijiang has been found and arrested by Thai police.
Zhijiang will soon be sent to China to face the charges according to Thailand’s deputy police spokesperson, who said: “He is a suspect that the Chinese authority wants... the extradition process to China is currently ongoing.
”Zhijiang is suspected to be the Chairman of Yatai holdings, which recently developed a $15bn casino complex in Myanmar. Zhijiang is the holder of a Cambodian passport and was detained as the subject of an international warrant, along with an Interpol red notice.
Gambling is prohibited on the Chinese mainland.
Missed a big gambling industry story in Asia? Don't worry, Gambling Insider has you covered with our Asia round-up.