Jackpocket has been named as the Official Home Helmet Partner of the New York Islanders. 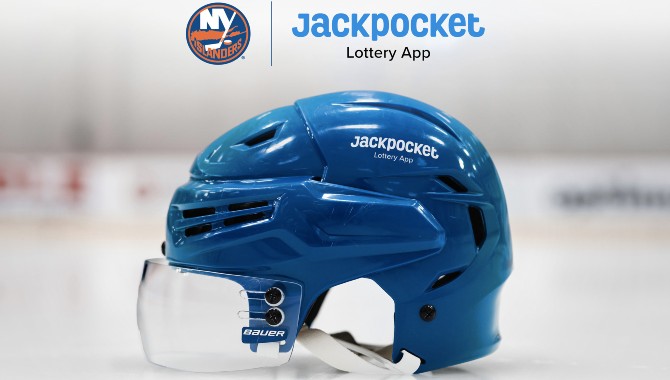 The deal will see Jackpocket branding during all regular season and playoff home games for the 2022/23 National Hockey League (NHL) season, in what is the Islanders’ 50th anniversary season.

Jackpocket will be featured during home games and select road broadcasts on the club’s Digitally Enhanced Dasherboards, receiving two minutes of airtime which will be fully integrated into the action of the match, with the new technology only visible to the television audience.

“The Islanders are such a true-blue (and orange!) New York institution, which makes us elated to announce our continuing partnership,” said Jackpocket Founder and CEO Peter Sullivan.

“We’re also very proud to be the official digital lottery courier for all live events at the UBS Arena, where we look forward to providing an easy way to order lottery tickets from the convenience of a smartphone for all fans and visitors to the arena.”

Moreover, Jackpocket will be featured on UBS Arena’s LED rings during all home matches, with all live broadcasts of the matches to take place from the Jackpocket Radio Booth.

Also through the agreement, fans of the club and Jackpocket customers will have opportunities to win suite-level UBS Club and UBS Arena ticket experiences, along with various Islanders prizes and merchandise.

New York Islanders Co-Owner Jon Ledecky commented: “We are thrilled to continue our collaboration with Jackpocket by adding them as the official sponsor of our home helmets for our historic 50th anniversary season.

“Jackpocket is a trusted partner, and we could not be more excited for the ways that we are working together to evolve our digital and game day experiences for our loyal fans.”