‘Orange fever’ is gripping the Netherlands following its emphatic 3-1 victory over the US in the Round of 16 at the Qatar World Cup. The Dutch national squad will be facing Argentina, an early tournament favorite among the bookies, in the quarter-finals. 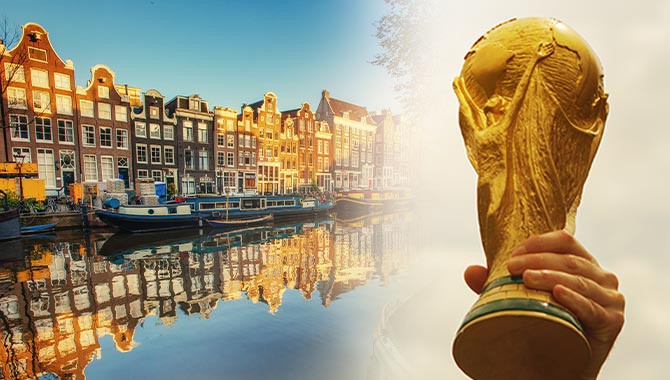 Needless to say, sports betting has seen a sharp rise in the country as a result of on-pitch success.

However, with increased gambling activity comes unauthorised activities and promotions, often aimed at underage people. These commonly occur with advertising of World Cup pools, which is prohibited but nonetheless occurred via at least two providers, according to the Ksa.

Over the past week, several providers of games of chance have been reprimanded for breaching Dutch gambling standards. Rules state that the name or logo of a gambling company cannot appear in the same communication or image as a ‘role model.’

This rule applies to sponsoring an event or TV programme. The blanket term ‘role models’ encompasses famous Dutch football players and various providers have advertised games of chance along with images of said players.

The providers were summoned to stop their violations and complied. Additionally, the Ksa also addressed a sports betting company that was advertising on Twitter by initiating an investigation into its activity.

Also facing the crackdown of the Ksa was a local café where organised betting on the Dutch national team was being conducted. This illegal game of chance was immediately halted.

The Ksa says that, in total, 14 warnings have been issued for illegal gambling activities regarding the World Cup. The regulatory body has been particularly active recently, urging all online providers of games of chance to stop providing bonuses in the form of cashback last week.