Pennsylvania to vote on iGaming approval 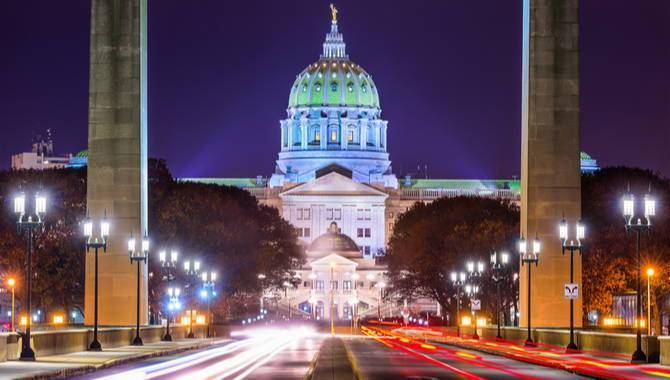 sylvania’s Senate Community, Economic & Recreational Development Committee and its Appropriations Committee have overwhelmingly voted in favour of approving a bill which would allow iGaming in the state.

The bill, H271 will now be passed to a vote in the Pennsylvania senate before becoming law; however concerns remain about high taxation and licensing fees included in the legislation.

Under the proposed legislation, a 54% tax rate would be applied to both online slots and table game revenue with games such as internet poker being taxed at 16%.

Daily fantasy sports operators wishing to obtain a licence to operate in the state would be required to pay the lesser of $50,000 or 7.5% of gross revenue to secure a licence, paying a tax rate of 12% after they are licensed.

Operators wishing to operate both online poker and casino would be required to pay a combined total of $10m to secure a licence to operate in the state (licences start at $5m each).

The number of available licences is currently limited to 12 and is based on the number of land-based casinos operating in the state.

The bill authorises oversight of the regulated iGaming market by the Pennsylvania Gaming Control Board and in turn authorises the Department of Revenue to operate online lottery games.

It also allows tablet gaming at the state’s airports and fixes the amount of share assessment fees passed to the hosting city of any casino currently operating in the state every quarter.