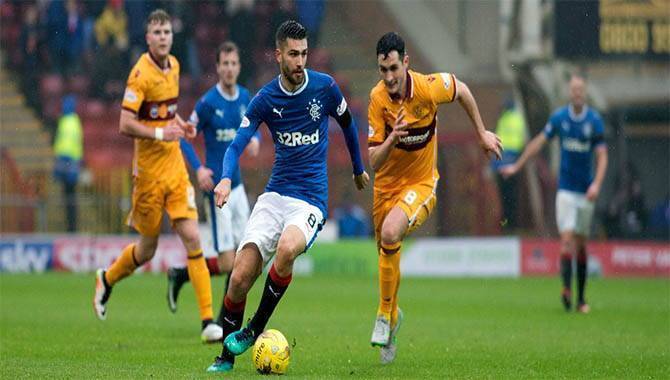 By Tom Lewis
Scottish Premier League side Rangers has announced an extension of its partnership with online operator 32Red, the pair agreeing a “new and enhanced” shirt sponsorship deal for the 2017/18 and 2018/19 seasons.

32Red, which is also the principal partner of English Football League club Leeds United, will also receive extensive visibility at Rangers’ ground, Ibrox, and across the club’s digital and media platforms.

The club noted that it had weighed up a number of shirt sponsorship options, but ultimately opted to move forward with a partnership that began in the 2014/15 season.

“The club has enjoyed a productive partnership since 2014 and we are pleased they will remain our official shirt sponsor.”

Matt Booth, CCO at 32Red commented: “We have enjoyed three fantastic years as the official club sponsor of Rangers FC and we are thrilled to confirm a further two year agreement that will see the 32Red brand feature on the front of the players’ shirts.

“Everybody at 32Red would like to thank the staff at Rangers for all their help leveraging the 32Red brand over the past few years and we are excited about the journey ahead.”