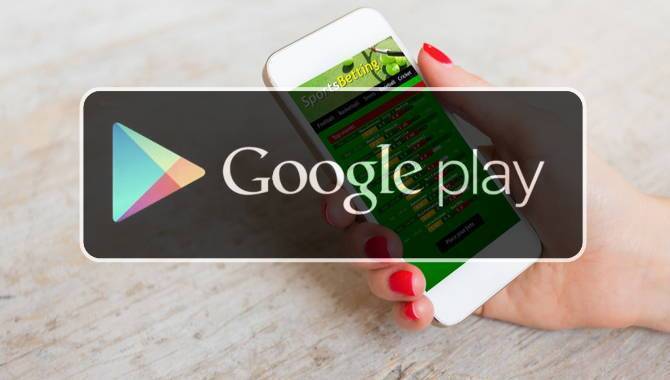 al web giant Google has confirmed that it will allow real money gambling applications to be marketed via the Android version of its Google Play app store later this year, ending a long standing self-imposed ban on gambling apps since 2013.

Emails confirming this change were sent out to gambling firms in the UK, France and Ireland, who were previously only able to offer mobile gambling applications via their own websites or via third party firms such as Betcade, which closed earlier this year.

Andrew Daniels, managing director of UK based Tech Company Degree 53, whose clients include BetFred and 888 holdings, received one of these emails and later reported that: “From the beginning of August 2017, Google will accept applications for the distribution of gambling apps within the Play store in the UK, France and the Republic of Ireland. At a later date, this policy change may be expanded to new regions and countries.”

Daniels added: “Upon submission, developers will be required to provide documentation for the apps, including licences for the countries they’re looking to target. This process will likely be similar to Apple’s, taking slightly longer to approve to make sure everything is done correctly and legally.”

However, the Google Play terms and conditions have currently not been amended to reflect this change and still reflect the 2013 ban, stating: “We don’t allow content or services that facilitate online gambling, including but not limited to, online casinos, sports betting, lotteries, or games of skill that offer prizes of cash or other value.”

Under the old restrictions, gambling advertisements and applications were permitted on Google Play, provided developers were consistent with local laws, did not target underage users, displayed responsible gambling content on all adverts and that the application did not collect any money.

With Android currently having a 50% market share of the smartphone market, the possibilities for expansion by gambling firms into this potentially lucrative unexplored area of the iGaming market are self-evident.