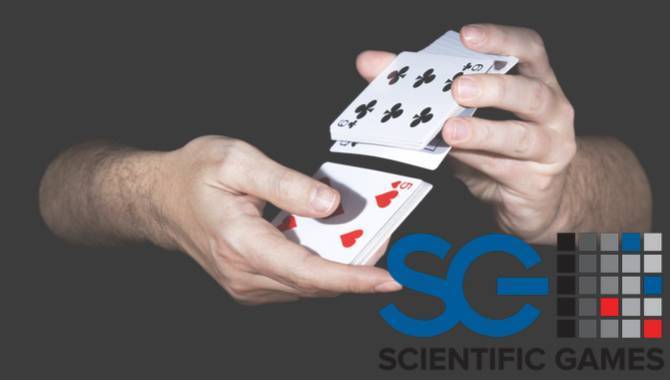 Cottle, who currently occupies the CEO role at Scientific Games SG Interactive division, will assume his new role on 1 June, with Kevin Sheehan remaining with the company as a senior advisor.

Ronald O. Perelman, Chairman of the Board of Scientific Games, paid tribute to the outgoing Sheehan, saying: “Kevin took over after the successful integration of Bally and WMS and, as one company, moved Scientific Games forward and helped in driving growth across all our business units.

“I want to thank him for his strong leadership and tireless efforts that led to the company's success over the last two years and I look forward to continuing to work with him as a senior advisor to the company.”

In his current role, Cottle has spearheaded the company’s efforts to enter the sports betting and online lottery arenas through the acquisition of NYX/OpenBet, doubling revenue figures during his tenure as CEO. He has previously served as Vice Chairman of Deluxe Entertainment and has held executive roles at Zynga, Electronic Arts, Disney and Palm Computing.

Outgoing President and CEO Sheehan paid tribute to his team, adding: “I'm proud of what we have accomplished over the past two years. I want to thank the Scientific Games executive team, my friends and colleagues at MacAndrews & Forbes and all of our employees for their hard work and commitment. Barry has been a great partner, and I look forward to supporting his efforts to lead Scientific Games into the digital future.”

Scientific Games posted a 12% rise in its revenues during Q1 2018, but also made a loss in other areas due to its corporate refinancing and acquisitions. Cottle’s main task as President and CEO will be to ensure that Scientific Games returns to financial stability over the next 12 months.

Indeed, Cottle seems to be ready to take the up the challenge, adding: "Innovation is the cornerstone of our strategy at Scientific Games. Across all our business units and platforms, we are relentless in our efforts to drive greater efficiency and adaptability to take advantage of new and growing markets.”

In its second high-profile appointment, Scientific Games has also announced Tim Bucher as Executive Vice-President and Chief Product Officer across all of the business' divisions.

Bucher previously served as Senior Vice-President and General Manager of Seagate Technology, overseeing its $1.4bn global consumer business, helping it to expand into new markets including mobile, drone, and gaming.

He has previously been involved in several companies within the technology sector which have been taken public or been acquired by tech giants including Apple, Microsoft and Dell.