Online gaming company The Stars Group has reported a 23% year-on-year increase in its revenues during the first quarter of 2018. 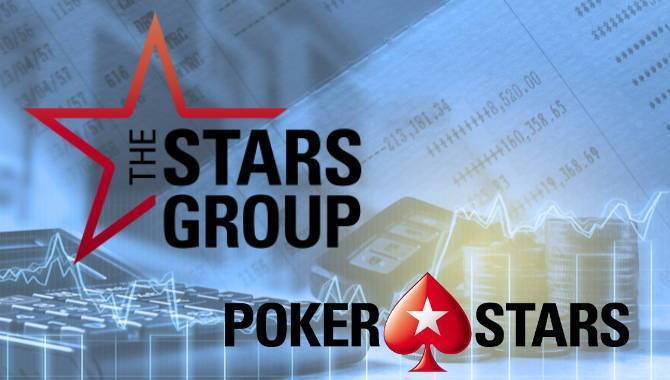 Issuing its first trading update of the year, the Toronto listed company reported group revenues of $393m, surpassing the $317m accrued during the same period of 2017.

Higher revenue figures for the company were mirrored in both its adjusted EBITDA and adjusted net earnings which rose year-on-year by 15.9% or $175m and by 22.8% or $139m respectively.

Drilling down into individual business areas, real-money online casino and combined sports book was the big winner, with revenues rising by 55% year-over-year to a Q1 2018 figure of $134.5m.

Ashkenazi welcomed the positive revenues, adding:  “We are pleased with the performance of each of our verticals, poker, casino and sportsbook, which are benefiting not only from the continued success of Stars Rewards but also from our strategy of focusing on the customer and continued improvements to our product offerings.”

It has been a busy quarter for the company who have concluded two big acquisitions, firstly in February when it agreed a $117.7m deal to acquire a controlling interest in Australian sports betting operator CrownBet before following this up with a second monster deal, paying $4.7bn to acquire Sky Betting & Gaming last month.

Speaking about the potential direction of these new businesses, Ashkenazi added: “These acquisitions will help diversify our revenue base, increase our exposure to regulated markets, and transform our combined sportsbook into a second customer acquisition channel.

“These new additions will accelerate not only the organic growth we are seeing in our existing business but also our progress towards realizing our vision of becoming the world’s favourite iGaming destination.”