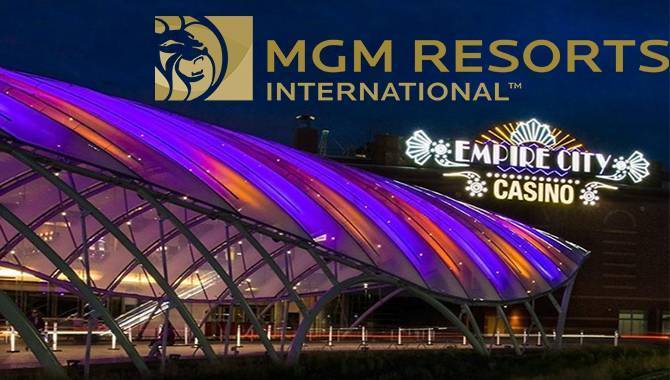 Worldwide casino and resort developer MGM Resorts International has announced the agreement of a deal to acquire the Empire City Casino in Yonkers, New York for a fee of $850m.

Under the terms of the deal, MGM Resorts and its property development company MGM Growth Properties have entered into an agreement where the latter business will acquire Empire City Casino from MGM Resorts before leasing it back to an MGM Resorts subsidiary, which will then operate the property.

The property will be added to the lease agreement that currently exists between MGM Resorts and MGM Growth Properties, with the annual rent payment to MGM Growth properties increasing by $50m annually.

This deal includes the complete refinancing of Empire City’s outstanding debts, at a cost of $245m, while at the same time MGM Resorts will finance approximately $260m of the remaining costs via the issuing of new stocks in MGM Resorts.

MGM Resorts will pay a further $50m consideration if the Empire City casino receives a licence to operate live table games from the New York State Gaming Commission on or prior to 31 December 2022 or additionally if MGM Resorts, in its capacity as leaseholder accepts the licence by 31 December 2024.

MGM Growth Properties has confirmed that it will fund the acquisition and its associated transactions via a combination of existing cash, borrowings under its senior secured revolving credit facility, and the aforementioned issuance of MGM Growth Properties shares to the MGM Resorts subsidiary.

Issuing a statement on the company’s website, Jim Murren, Chairman and CEO of MGM Resorts International said: “We are excited to announce the addition of Empire City to the MGM Resorts portfolio.

“This acquisition represents an excellent opportunity to further solidify our presence on the East Coast, and in particular, expand our reach into the high-density New York City region. We believe this transaction enhances our free cash flow profile and presents attractive future opportunities for the Company, and we look forward to welcoming the Empire City team and guests to the MGM Resorts family.”

Empire City encompasses a 97-acre property and racetrack with 5,200 slots and electronic table games, multiple dining outlets, and both live and simulcast horse racing. During the last year, the company reported over $230m in net revenues and almost $70m in adjusted EBITDA.

James Stewart, CEO of MGM Growth Properties, added: “This acquisition will further increase our regional geographic footprint, giving MGM Growth Properties exposure to the New York City market, with another high-quality asset that will create meaningful value to shareholders and provide us with increased cash flows and growth opportunities.”