Politics: gambling can’t live with or without you

Politics and gambling go together like milk and cereal. 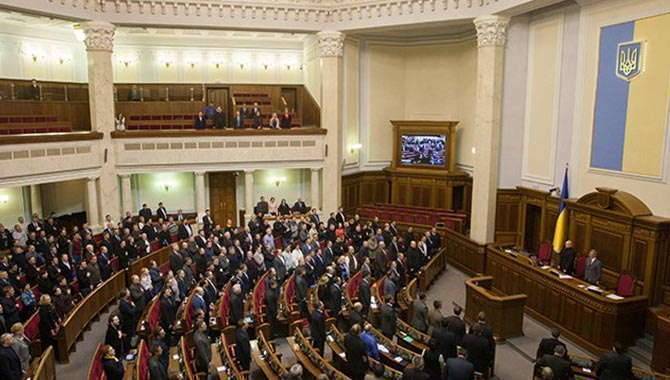 Inextricably linked, there’s no avoiding one without the other, and either’s spillover effects can cause total disruption to its neighbour.

Gambling is not alone in this sense, but is still rather unique. As Mr Green Ltd CEO Jesper Kärrbrink told Gambling Insider recently, "there are few industries where people have so many views and opinions."

European observers need not look far for evidence of politics’ messy marriage with betting. Regulation is tightening up in Belgium and Switzerland, while Jan Suyver’s parting remarks after retiring from the Dutch gambling regulator will live long in the memory.

The outgoing Kansspelautoriteit Chairman had said: "A nice organisation has been set up, but politics has not delivered what we were promised. I've become pretty cranky now and again."

His "cranky" comments paint an even more vivid picture given wider context. Gaming analyst Willem van Oort told Gambling Insider at the time that Suyver is a "very eloquent, patient, quiet human being. I’ve never seen him so direct and irritated. He was really upset."

The Netherlands barely hits the tip of the gambling iceberg, however, when compared to Italy. The Dignity Decree, which outlaws all gambling advertising and sponsorships, was brought in so swiftly by the Italian coalition government, operators were genuinely taken by surprise. No dialogue, no half-measures. Only politics making its mark once again.

In an exclusive Gambling Insider interview, lawyer Philippe Vlaemminck summed the situation up aptly: "Many Italian operators say they may as well cancel their marketing departments and fire all their marketing people – because they can’t even have business cards anymore. We know Bulgaria and Latvia are also considering far-reaching restrictions, we know the Gambling Commission in Great Britain is looking into it and we can see in Europe a negative attitude towards gambling advertising in general."

With the exception of Ireland, where a doubling of betting tax from 1% to 2% is already prompting Ladbrokes to consider terminating all of its on-course bookmaking activity, Great Britain provides the ultimate example of political-gambling turmoil.

The FOBT abbreviation is now infamous among the mainstream UK public. Not everyone can tell you what FOBT stands for, while some might not even be able to tell you the maximum FOBT stake is being reduced from £100 to £2. People definitely won’t be able to tell you when the reduction will take place.

Nor, it seems, can the British government. In a story that has swung with pendulum-like frequency, every day sees a new development in the FOBT saga. Going back two weeks to the government’s Budget announcement feels more like travelling centuries, as so much has been said and done since.

In its first instance, the government delayed FOBT restrictions to October 2019 (as opposed to April) and planned to compensate by raising remote gaming duty to 21%. With "great sadness," Tracey Crouch responded by resigning as Sports Minister and rumours began to surface of secret meetings between MPs and leading gambling officials.

Now, Chancellor of the Exchequer Phillip Hammond has confirmed the restrictions will be put forward to April after all, with Crouch declaring "common sense has prevailed." Any number between 12 and 70 ministers had supported a campaign against the delaying of restrictions, led by Boris Johnson and with more ready to resign – depending on which articles you read.

In every European example, gambling companies can heed clear lessons. Politics will sometimes hurt gambling; it will sometimes benefit it. It will always interfere with it.

Suppliers, affiliates and operators must always account for political intervention. Hope for the best, plan for the worst. It might just be the difference between a quarter in the black and a quarter in the red. It might even be the key to survival.

At the same time, however, no gambling company should take any legislation at face value. Will FOBT measures apply in April or October? Will the Dignity Decree last when it is deemed to go against EU law? Will the Netherlands ever implement its remote gaming legislation?

Even across the Atlantic, the biggest repeal in sports betting history has changed the US gaming landscape within a handful of months. By contrast, the Professional and Amateur Sports Protection Act reigned supreme for 26 years, with US sports betting a mere afterthought as recently as a year or two ago.

But the US is no exception. According to analysts, the Rhode Island state government is losing $12m in expected revenue due to a delay in the launch of sports betting. In Florida, the passing of Amendment 3 means any vote to legalise sports betting now needs a steep 60% majority. Disney’s $20m campaign to keep any gambling expansions as far away from Walt Disney World as possible embodies just how intertwined the gambling industry really is with external influences. Like Kärrbrink says: "so many views, so many opinions."