Kambi US Director: "Success will be measured differently across the states" 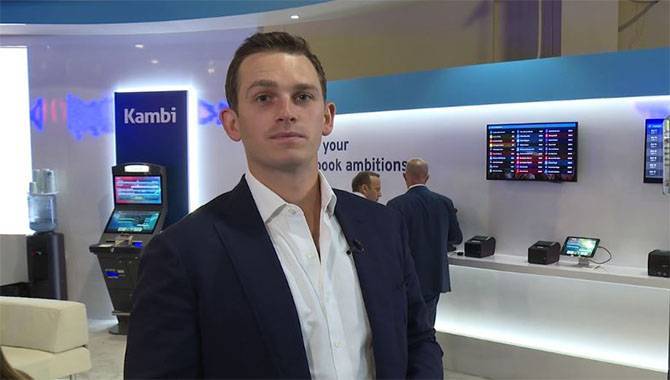 Kambi is to enter its second US state, Pennsylvania, in the deal with Greenwood Gaming, what makes them ideal operators for you to work with?

There are a few influential components to this. First of all is the scale that Parx brings to the table. It’s the largest casino operator in a very large and important state from a number of perspectives. From that element, they are very strategically located outside of Philadelphia, close to the New Jersey market.

Their market access is significant to us, but more importantly I would say they are very attractive given how they view the marketplace, and how their executive team and ownership view sports betting. It is a significant part of their plans for the next few years; they have commitment from the board as well as their executive team to really make this as successful as possible. They’ll be preparing to open what we expect to be one of the top sportsbooks in the country from a retail, land-based perspective in the next few months. We expect it to be very successful but also indicative of setting the bar for the rest of the market.

We are excited for Parx, but Rush Street is our other top tier partner in Pennsylvania, and is currently performing well in New Jersey.

In the announcement of the deal, it says the contract was signed after a “thorough selection process.” Could you tell me how this works?

The selection process is a cumbersome one for the operator, but it is very necessary when you are entering into a multi-year agreement. You need to find a partner that is really going to enable and empower you to be successful.

You’re bringing a product to market that is not only easy to use, but that the consumer, the patron, and the bettor, are able to use effectively, and you are able to retain them by way of some of the functionality that you have. Parx’s understanding of this was an element that drove them to select us, and now we’re really looking forward to getting started with them, given our respective management team’s evaluation of the market and what is going to be required to be successful.

Parx has a distinct plan of how they see the market unfolding in retail and online, and that’s something that is going to be our job; to help them and give them those tools to be successful.

When do you anticipate the Pennsylvania sports betting market will launch?

That’s largely up to the operators. I would have to differ to Parx on exactly what timeframe they would want to commit to. We would never commit to anything on their behalf. But I do anticipate it to be very soon.

How competitive will the market be?

I think you have a number of top-tier operators that will be entering the market, so they are definitely in the same group when it comes to size and scale and executive leadership. There is a lot of stiff competition out there which we relish. That’s why we do this.

Does your approach to different states change or do you use the same principles?

Every region is different. The Philadelphia and New Jersey markets are significantly different than the greater New York City market. What you see in northern New Jersey is going to be different to what you see in central and western Pennsylvania, so I think there are some regional influences which could change but that’s ultimately up to the operators, and they may need to function differently.

We hope to have the same levels of success across all markets, but the way we define success may slightly differ from market to market. In Pennsylvania, we’ll be moving into retail first, with online to hopefully follow imminently, but we’ll be waiting to see what the regulations will permit. New Jersey was a little bit different, and there you could see online and interactive wagering very soon after a retail launch. So there was not much of a need for us to have a physical, retail sportsbook just because people were able to wager off of their mobile devices.

It will be different, but it is something we are excited and prepared to show how we are able to support a retail solution. From that perspective, even though it is different, it’s still exciting for us, because we will be able to show the full breadth of the Kambi offerings in conjunction with what the Parx team is hoping to accomplish.

I can’t comment directly on what we’ll see in New York, but I will say that both of those markets are significant and are priorities to Kambi. With that said, we are working diligently with operators, but I can’t say, at this point who those operators are, and what the timeframe may be for them.

New York is certainly an important market to us; the demographic, the population, and its proximity to major cities makes it a very attractive market.

What are your concluding thoughts on Kambi’s deal with Parx Casino?

The deal between us and Parx is indicative of finding a good partner relationship between two well-respected scalable teams. Parx’s market access and reputation is synonymous with the reputation Kambi has in our respective markets. As a sportsbook supplier, I would argue Kambi is in the top tier, and Parx is a top tier operator in Pennsylvania, so I think the partnership makes sense. Now we’re at the fun part where we begin to execute on some of the objectives we have in the next few months.

Bichsel spoke to Gambling Insider after announcing the deal with Greenwood Gaming. Click here to read the details.