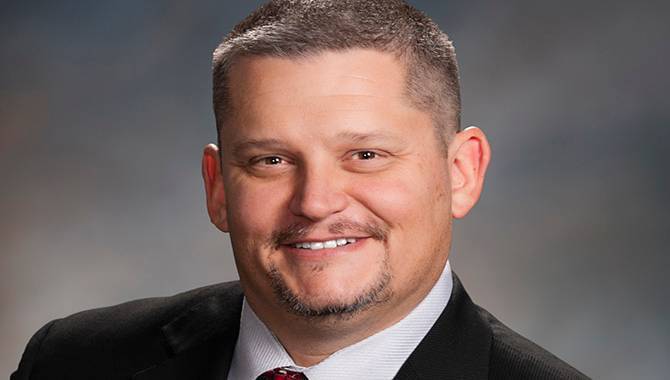 Konami’s Senior Director, Marketing & Product Management, has been involved in gaming for almost 27 years, spending the last six with the Japanese developer.

In that time, the gaming sector has changed dramatically. Below, however, Walther speaks exclusively with Gambling Insider about why he still sees the industry as a “win-win for the community and the patrons.”

From a student dreaming of dealing blackjack to an executive trying to overcome competition that didn’t even exist 15 years ago, the Konami director has come a long way…

What first led you into the gaming industry?

I was a university student and wanted to deal blackjack when I became of legal age. I figured I’d just move to Las Vegas and deal blackjack. Boy was I surprised that’s not really how things worked! But I did get into the gaming industry, working in casino promotions, marketing and events. I completely fell in love with the industry and the idea we provide entertainment to people and bring joy, engagement and excitement. I’ve been doing it ever since – that was almost 27 years ago.

Do you have any interesting stories about trying to deal blackjack?

I never actually dealt blackjack. I applied for a number of dealer jobs but all the doors closed in my face; it was a top-end job at the time. It was really finding the right fit after that. I started at the Tropicana in Las Vegas and found a manager that saw promise in someone from a university outside of Nevada. One of my fun stories was I helped coordinate the arrival of VIP customers for New Year’s to the Las Vegas Airport. We sent two of the dancers from the Folies Bergère in full headgear. So here I am, a 21-year-old, sitting in the airport with two showgirls by my side, dealing with all the multi-million dollar players. That was when I thought this is probably the best industry in the world because we get to do such fun stuff.

What were the main experiences and lessons you took away from Aristocrat and Aruze Gaming before joining Konami?

The global experience from both companies was key. Prior to the 2000s, most of my work was done in the US, installing casino management systems. Working for Aristocrat, my position went global. I lived in Australia for a couple of years and that global experience positioned me well for the emerging Aruze company, where I took the job as VP of Marketing and eventually became CMO. I realised gaming wasn’t just a North American or Australian item but it also extended to Europe, South Africa, South America and Asia. Everywhere you go, the gaming experience is a good one, providing opportunities for people to work and driving revenue back to the community. It also provides people with an outlet for entertainment, so it’s pretty much a win-win. As long as we take our responsible gambling initiatives seriously, which most people do, gaming is a win-win for the community and the patrons.

Would you say there are any major differences between the gaming experience in different jurisdictions?

The ultimate core experience remains the same. It provides the chance to escape, to experience a thrill. That’s regardless of whether you’re at the tables in Macau or the bingo halls in South America. What I also noticed is the different idiosyncrasies of different governments around the world who aren’t sure about gaming yet do what they can to allow it to happen. There are hundreds of regulatory bodies around the world and each has their own idiosyncrasy. This makes for a challenge for the supplier but it also helps them justify bringing gaming into their markets. The differences are: how do the local people put the right parameters around gaming versus the overall gaming experience?

How would you describe your time so far with Konami?

It’s been six years this week. Konami’s a fantastic company with regards to its position within the market and its reputation. Our word is our bond. If something doesn’t always go right, it’s nice to know someone is going to back it up, see it through and make it right. That’s something I’ve noticed is a prime value of Konami in the time I’ve worked here: doing things right because it’s the right thing to do. Culturally, we do right by the people we do business with. That’s very refreshing. Our products are absolutely fantastic. We’ve got some really innovative engineers and designers. Having longevity of products and a good business structure makes you go home happy you are part of that organisation.

Tell us about Konami’s KX 43 and your aims for the product.

That is launching this year at ICE, for the first time. It is 43-inch and ultra-high definition: KX stands for Konami Experience. We’re really excited about it because it takes our platform to the next level. The realism in the graphics is phenomenal. That helps us keep competitive with other forms of entertainment. If you look at what other people are doing today with games on their phones or tablets, or the pictures on televisions in their house, the sharpness of graphics is something they see in other non-gaming environments. Now that we’re bringing that sort of realism to gaming, we’re hoping it resonates equally, as well.

Does Konami see itself as competing with all types of entertainment, such as Netflix, Amazon and others?

Absolutely; it goes back to that question: what is the gaming experience? It’s about entertainment. There is an opportunity to win and lose money associated but, ultimately, it’s about entertainment. We want to make sure, when someone goes out to a gaming venue and puts $100 through a machine, they feel they had $100 worth of entertainment, whether they won or lost. At the movies, you could easily spend $100 on tickets, popcorn and a babysitter! So we have to compete with that type of entertainment experience, giving those same emotional responses you might get out of an action or romance film.

Is that kind of thing is driving an increase in branded content within the sector?

I think branded content helps with familiarity and affiliation. But, if you look at some of the most popular products out there today, they are home-grown products made by the manufacturer. While there are the superstar Wheel Of Fortune’s and Monopoly’s, the things performing today don’t necessarily have that brand associated with them. I think the gaming market is becoming more mature and people are recognising the entertainment gaming provides – regardless of what symbols are painted over spinning wheels. Maybe 10 years ago, with gaming still more emerging, those brands allowed for familiarity as people were introduced to the mechanics.

Don’t get me wrong, they still work today to attract new players but I don’t think they have the same weight and value they had 10 years ago. The brand has to be the right one for it to match with a good game design. I don’t want to throw anyone under the bus but a solid game should have a solid brand aligned with it, not just putting any brand on a game and hoping it works. Brands can also be expensive, so you have to treat it accordingly. There have been some very successful brands but people are mature enough to recognise they can play games without a Hollywood or commercial brand associated with it.

With that in mind, how can slots developers innovate more going forward?

I think it’s a matter of looking a new things but keeping things somewhat familiar. There have been a number of innovations within the last 25 years. For example, reels moving after the wheels stopped was considered revolutionary – no pun intended. All the different game mechanics changes have kept things fresh. That comes from manufacturers looking at what’s appealing to gamers and deciding what might appeal in a different way. Also, it’s a case of taking advantage of different trends.

We did very well during the global financial crisis with low-value progressives. That resonated very well with the population, who were looking to get jackpots that helped them have more time on their device. Today, with the economy doing a bit better, they’re not looking to have money to keep going; they’re looking for something that might make a difference in their month, three months or six months. So jackpot hits might be a little different. Those trends change over time based on what happens globally. We as developers have to see what we can do to get players playing more but be satisfied by playing more, too. Konami has done that with our Strike Zone, giving players an incentive to bet up. It’s very clear: that’s an innovative way of communicating with the player. It’s driving greater play and greater enjoyment out of the gaming population.

You have to project for trends, too. Games do take time to develop. If you’re developing to today’s trends, you might end up being behind. So you have to take into account today’s trends but also trends of the future. I’ll be honest: if it was an exact science, there would be a lot more competition. But it’s not. There’s a lot of nuance and a lot of gut feelings involved in development, no matter how much science we put into it.

What is the biggest challenge currently facing the gaming industry?

The evolving patron base is a clear challenge for the industry. We’ve got a group of people who are getting older. The group behind have not yet engaged nearly as quickly as the previous group. Technology has advanced more, as well. There are more opportunities for escapism today outside of the television, the movie theatre and the casino. There are many other competing channels that weren’t available 15-20 years ago. We have to be able to compete, adapt and evolve our technology and product, to keep one step ahead of those other verticals.