Ganapati director: Our secret to creating a successful slot game is balance

If you were at ICE London this year, you couldn't have missed Stand N7-440, where Ganapati put on an unmissable display of Japanese culture. Part of that display was the presentation of Japanese-themed Ganapati products, such as Neo Tokyo, Onmyoji and Samurai Girl. 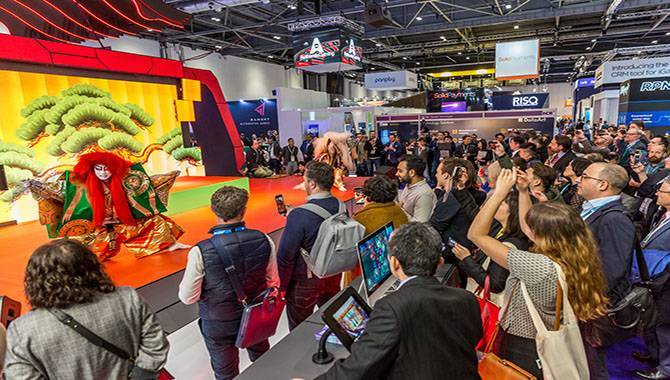 Below, Rasmus Gross, Creative Director of Ganapati NEO, speaks exclusively to Gambling Insider about how these games were received and the developer's plans for the rest of 2019.

How was your Neo Tokyo game received at ICE?

Our new flagship game, Neo Tokyo, was extremely well received by visitors at ICE. We had high expectations for this game, so it was a great to get the feedback we had hoped for.

ICE attendees were quick to point out the game’s high-quality artwork and unique math model – many were also impressed by how closely the game’s theme is connected to its maths. People found the unique JavaScript effects particularly attractive. These visual effects were created using the latest technology available for HTML5 games – they are especially impressive in the Neo Tokyo bonus game, which is interactive and has a classic arcade game vibe.

For Neo Tokyo, we introduced a completely new design of user interface, which is much more user friendly and works equally well in both portrait and landscape mode. A good user interface that is consistent and yet applicable to both portrait and landscape is very difficult to achieve, so our new UI received positive feedback. The interest from operators turned out to be much higher than we initially expected, too. We’re really looking forward to March when Neo Tokyo will launch on various operators’ sites.

How challenging was the process of creating the graphics for Neo Tokyo?

Neo Tokyo’s artistry lies in its detail. The little details which make up the game are what make it really special and we strongly believe the in-depth storyline around which the game is built adds even more excitement and interest. When the background story is detailed and well written, there are certainly more challenges to the design process; but in the end it’s worth it, because the players are more involved and get a better overall experience playing the game.

At Ganapati, our creative team and mathematicians work in parallel, and we consider it important the story of the game and the design are supported by and directly related to the model. For designers as well as for mathematicians, it poses a lot of challenges, but when done right the result is really worth it and the players are much happier. Neo Tokyo is packed with animations, created using different methods and technologies. It is important for the artists to know which animation methods are used in the game so they can design assets accordingly, and that can create additional challenges. Animators and artists also had to work closely together to achieve the desired result.

Our secret to creating a successful slot game is balance. It isn’t enough to create only high-quality art, a detailed back story, extensive animations, good sounds or a thrilling model. The most important thing is no part of the game is weaker than another, and that all parts are balanced and support each other. Let’s not forget the technical limitations related to browser games. Neo Tokyo is a good example of how the Ganapati development team managed to overcome these challenges.

How were your other games, including Onmyoji and Samurai Girl, received?

There has always been high interest in Ganapati games since they stand out from the crowd thanks to their unique style. Most of our games feature an element of Japanese culture, which tends to get them noticed. Both Onmyoji and Samurai Girl are good examples of our games which are directly related to Japanese culture, history and myths.

Although their styles are different, the art for both of them was created by native Japanese artists. Onmyoji is based on a Japanese legend and the colorful characters in the game are particularly eye-catching. What is more exciting than an attractive Japanese Samurai girl fighting an army of zombies? That's what Samurai Girl offers to players – a fun idea with original twists and bonus rounds. Many ICE visitors also appreciated Samurai Girl's full screen in-game animations.

What kind of feedback did you get about Ganapati’s stand?

Ganapati always puts lot of effort into the design of our stands. Our stand not only represents the company but is designed to bring out the best of our games. This year it was cyberpunk themed, based on the Neo Tokyo video slot, and you really did feel like you were in a futuristic Tokyo. A main feature of our stand this year was the big stage where we had performances by famous Kabuki actors. Why Kabuki? Because two Kabuki characters make appearances in our Neo Tokyo game.

Visitors were incredibly impressed by the Kabuki shows. We received feedback that the performance was outstanding and so rare to see in Europe – it was a true cultural experience people would never have been able to see without visiting Japan. As always, we offered sake and traditional Japanese food which was warmly welcomed by our guests.

What would you say you learned from ICE and have you had any discussions that have sparked new ideas moving forward?

ICE always teaches us a lot and this year was no different. We saw more and more game development companies introducing an interactive element into gambling games – this appears to be becoming a trend. We have been doing this from the beginning and seeing many other game providers taking the same approach gives us confidence we are moving in the right direction.

Seeing how excited visitors were playing the Neo Tokyo bonus game gave us a lot of new ideas on how to make our games even more interactive and how to appeal to the new millennial generation.

What are Ganapati’s upcoming plans for new games in 2019?

For us, the year 2019 will be filled with exciting challenges. Last year, we established GanaEight Coin and interest in G8C is higher than ever. The Ganapati Group overall will launch, design and develop more than ever before. We plan to expand our games portfolio, which will result in every player finding something which suits their taste. It’s part of Ganapati’s culture to bring unique and innovative games to the market and we will continue doing so in 2019.

Ganapati likes to take risks when developing games and release games that are new and fresh, never before seen by players. The company is growing steadily every year and will continue to grow in 2019. We are becoming even more global and the production of our games already involves professionals from over 10 countries.

How likely is it you will branch into different genres with new game launches?

We are known for producing content that is surprising. It is very likely that in 2019 Ganapati will release something completely new. For us, innovation has always been at the forefront and we are working every day to provide something from different genres. We believe in order to be a successful games developer you can’t focus on only one type of genre.

We have created many exciting prototypes that have worked very well in test groups. There are many different ways to create an Arcade Gambling Game and Ganapati is currently actively involved in finding out which of the arcade categories is best suited to gambling.

We’ve already tested the interactive part of arcade games as bonus games inside slot games and we know they are a hit. Our statistics show gamers really like the higher level of interaction, but this is challenging to achieve when developing a slot game. We’re convinced Arcade Gambling Games will become an important part of the future of gambling - you can expect to hear more about them from us in 2019.

As Creative Director of Ganapati NEO, Gross is responsible for game logic, art, sound and animations. He conceives and implements concepts, guidelines and strategies in various creative projects.

Gross started working in the online gaming industry in 2006, when he joined one of the biggest European poker networks, Entraction. There, he worked closely with BetVictor, William Hill, Evolution Gaming, Cozy Games and Parlay Group.

In 2011, Gross joined IGT and worked with Income Access, OpenBet and Codere Group. In 2015, he joined Snowcat Games as Head of Design. There, he developed numerous games for Betsson, Odobo, Unibet and Amaya.