Digital Element exec: Swedish market will settle down as time goes on

With Sweden’s re-regulated gaming market getting off to a bumpy start, Gambling Insider caught up with Kate Owen, Digital Element’s VP of Northern Europe, to discuss how it can move forward. 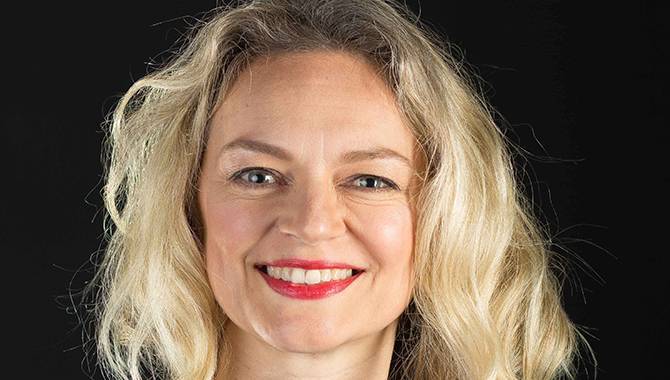 What was the aim of the Swedish Gambling Act?

I think it was probably high time [to regulate gaming in Sweden]. The legal side of Swedish gambling was state-run, by the lottery, but it didn’t mean people weren’t gambling. I read recently that, back in the 11th century, there was a land dispute settled by Sweden and Norway by a roll of dice! So people are going to be doing it anyway and, if it’s illegal, it just means it’s going to be unregulated.

Everyone’s been quite interested in whether the regulation will show any teeth, as you do have regulation in other countries which isn’t particularly tough. There have been some recent fines issued to companies for marketing or taking bets off people who are too young. It didn’t go down very well but it does show Spelinspektionen are taking things seriously.

How have companies reacted to the market opening?

Well, obviously, the gambling companies who have been fined haven’t been too thrilled. We are a vendor that can help with compliance and, in my conversations with customers, it seems there’s been a bit of a scramble and no one’s really that clear. There’s a bit of waiting to see how it will settle down and pan out, before how to comply becomes mainstream.

The Swedish regulator has received praise for coming down on operators with harsh penalties. Is it better to be firmer earlier on to set a precedent, in your opinion?

Completely. I think you set a tone and an atmosphere for how it’s going to be and you can refine the detail later. The fines and consequent appeals will set a precedent and there will be a clearer idea of what people need to do going forward. It’s similar with GDPR. There are certain technical aspects that are grey areas; as times goes on, it becomes clearer.

Is that also the case with Swedish advertising?

There’s a lot of money in this industry. It’s like stopping a dam; everyone will find a way to make as much money as they can – and that’s okay; that’s what we’re all in business for. But the regulations are there to make sure this is all done in the right way, whether it’s advertising, the odds themselves or the technical systems.

How does Digital Element come into all this?

Anyone who has consumers coming onto a digital product has the technical ability through data to understand where a user is connected to the internet from. Are they trying to hide where they are using a VPN? They can then market or not market to that person based on this information. Our data is based on the IP address, which is a piece of publicly available information. It shows nothing about the user or device but it helps limit to in Sweden or out of Sweden, for example. In Germany, it can help determine things at a regional level.

Where people enjoy gambling, you’re going to have consumers using a VPN to try and get around restrictions. Because there’s a technical capability of seeing that, in order to comply with these restrictions, you need to monitor VPN usage and either block customers outside the remit or not show them the same marketing or messaging.

We have raw data; we don’t sell systems or software. We can be in systems that companies build to help aid with compliance, or we can license our data directly to larger companies with their own tech.

Do you sense a genuine willingness from operators to be compliant and not just view it as an inconvenience?

Without wanting to point fingers, if you can get away with non-compliance, you’re probably going to make more money. So it really depends on how competent and how strict regulation turns out to be, which is why there’s a whole flurry of activity testing on all fronts in Sweden.

But I do think, if we want the gambling industry to flourish long term, operators shouldn’t be thinking short term. They’re going to continue making wonderful profits long term if they respect the users. Regulations aren’t there to be a kill joy. To remain successful, you need to demonstrate you are one of the good guys.

In a perfect world, how does the Swedish market move forward from here?

I think everything will settle down as time goes on. Everyone who ever gets a fine is going to complain loudly about it and see if they can reverse that decision. The regulators will try and act in the consumer’s best interests, as they should have done decades ago. It’s like the beginning of an earthquake where there is a lot of activity then it flattens out over time.

What does Digital Element aim to achieve in the coming months?

The hard part is making the data as good as it can be but the easy part is implementing it into a system and in the right way. Our aim in the Swedish market is to be there for everyone who is interested in complying. We’re not looking at age restrictions, affordability or frequency of gambling. We’re the ones to go to if you need to monitor geolocation or use of VPNs to circumnavigate detection.

Then there’s compliance service providers we can plug in to. Ideally, we would love to work closer with regulators, too, although I’ve already been to a few events with the Swedish regulator. We also work with companies for marketing, not only geolocation. We can help determine which users operators actually can market to, not just customers they can’t work with.