Tag Garson, SVP, Global Media and Properties at Wasserman, speaks to Gambling Insider about sports betting media rights and how the legalisation of sports wagering is changing broadcasting in the US. 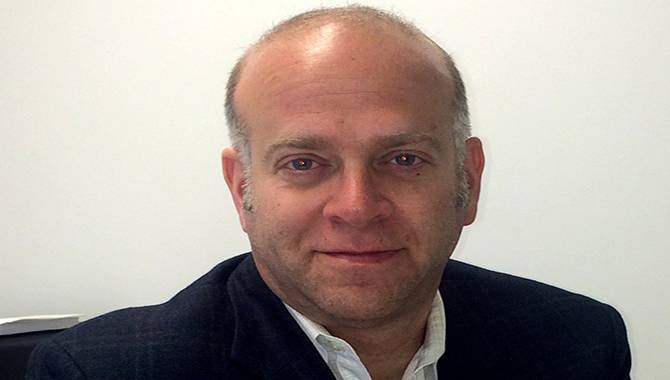 How will sports betting impact TV and broadcast deals?

You’d think it would have a very positive impact on people’s viewership. The issue is it’s not legal in all 50 states yet, so it’s going to take some time to get the ubiquity. But what you’re seeing, regardless, is the media rights partners getting more involved in wagering. Even most recently, I’ll give you an example: NBC Sports in Washington D.C., during Redskins pre-season games, had a secondary feed about wagering, with fans having an opportunity to win cash and prizes.

So you’re seeing more of this, not just on a national level but also on a regional level, with media rights partners. You’re seeing more content now being produced: ESPN has programming specific to wagering, for example. You’re seeing more lines now, more information to allow people to potentially wager. You’re seeing the leagues get into this. It’s fascinating to see it evolve in the US; it’s clearly taken a lot longer to develop here. In Europe, providing audio-visual wagering is no big deal and has been going on forever. Here, it hasn’t.

It’s just not happening like it has in Europe. There are vast differences in terms of the adoption here compared to Europe and the rest of the world. It’s beginning to take more shape here but we’re certainly not as sophisticated. Even IMG a couple of years ago launched a platform, so you’ve got other organisations, not just media rights partners or leagues. They’re also partnering with the media companies themselves. So it’s becoming a fascinating place here. From a collegiate perspective, there’s been some dialogue about how you control that.

In five years’ time or so, how likely is there to be a proliferation of sports betting mainstream broadcasts?

I think certainly within a few years, you’re going to see more of a proliferation within the US. Wagering is going to be more parallel to the live broadcast, so you’ll end up seeing more and more of this. It continues to evolve, so yes I do believe over the next few years you will see more opportunities to provide fans with the ability to wager while watching broadcasts.

How much of an impact can these media companies have on the sports betting market itself? Do you think it’s still more to do with boosting viewership for them?

I think it’s a combination of multiple factors. It’s about retaining viewers, attracting new ones and growing revenue. There are multiple reasons why the media partners will continue to become further involved in this area. What will end up being interesting to watch is how that impacts rights fees going forward. Now it’s another revenue stream – and who controls the data? The value of data is becoming more and more of a focus. I can tell you when I’ve done multiple deals since the PASPA repeal, the data component and the ownership of data rights has become a bigger area of focus when we negotiate deals.

There’s still sensitivity to it from prominent sports organisations; some are still biding their time, getting more information and watching what everyone else is doing. If not cash, then prizes might make it more comfortable for people. Sometimes people feel like that’s a better way to approach this right now, as opposed to going all in with significant cash prizes. But I think people will push the envelope as much as they can. In some cases, it’s about experimenting, to see what might work and what doesn’t work.

For an operator like Fox Bet, would Fox’s television viewership still be a main priority, or can this shift a little bit?

I think it just becomes another priority. It doesn’t necessarily change as much as it is just an additional area of focus. Ratings are based upon the number of viewers and how long they watch something. The ability to keep viewers engaged is only going to help ratings long term. So having a wagering component is a way to attract a certain set of viewers to either come to watch an event, or to at least sample it.

That doesn’t mean everybody feels this way. Not all viewers will wager. But maintaining the viewership during sporting events of the younger demographic which does do some wagering, providing the opportunity to win cash or prizes is one way to do that. Ultimately, media companies will have more data about their viewers through this, so they can better market to them, as well. The evolution of this will be a big story for years to come.

But what are the biggest challenges in the space which could hold this evolution back?

I think there are a couple of things. There’s still the stigma. I think there is still concern about how far companies want to venture in this area. In intercollegiate athletics, that’s the big concern. Sometimes schools are still reluctant to sell their data rights to betting sponsors or even state lotteries. They don’t want their athletes to be tempted to have an impact on the game because of some bet. This is why I’m a huge fan of Sportradar, because of the integrity services it provides. It’s critical.

Elsewhere, you still have fans who say they don’t really have a chance to win, as they are going against those who are more skilled. There are a variety of reasons why people may not get as involved initially as they may down the road. Some people might even feel it’s too much effort and just want to watch the game. The nice thing about fantasy sports is you can decide your line-up before the game and enjoy the event.

Prop bets mean you are participating throughout, so it’s a different level of engagement. But there is a big segment that does want to watch and place a bet at the same time, that’s where there is that intersection. Not everyone will participate but if there’s a section that does, by offering these wagering services, you’re servicing your fans. At the end of the day, that’s what media companies are supposed to be doing.