Las Vegas to me: The media perception

I won’t lie; the first two things which spring to mind when I think about Las Vegas are The Hangover and Joey’s hand twin in Friends. Both are very different but equally bonkers. In all honesty, I’d be disappointed with anything less than exactly that, if and when I am to visit the unofficial gambling capital of the world. Don’t worry, it’s firmly on my bucket list; I can assure you all of that. 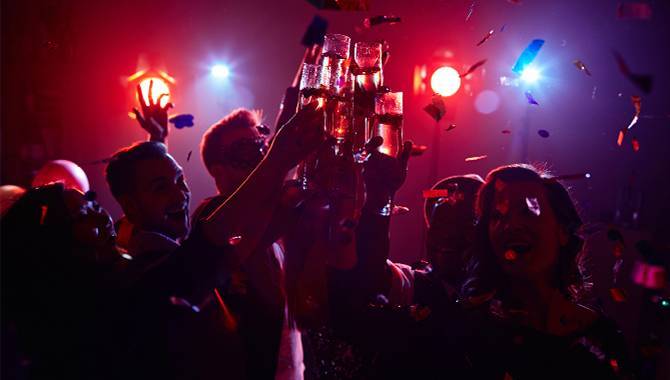 Being a 26-year-old who hasn’t been to Las Vegas, it will come as no surprise to many of you the prospect of the big night out excites me, to say the very least. I’ve got a few good years left before I’m turning in before the clocks strike midnight.

If anything, I’m attracted by Las Vegas more for the nightlife, rather than the gambling aspect. Perhaps it’s because I’m not a slots or table kind of gambler, so I’d prefer to see what else Las Vegas has to offer me – mainly from what I have seen in films.

Now I’m not saying I wouldn’t have a small flutter; you can’t go to Las Vegas and not place a bet; that would be like going to Ireland and not having a pint of Guinness. But, in all honesty, why would you want to be cooped up on a casino floor when there’s so much more to see?

After speaking to a family member who has recently travelled there though, who informed me there were even slot games in the gas stations, perhaps my original perception of Las Vegas might be entirely wrong.

The legalisation of sports betting across the US may well change the general perception and image of Las Vegas. If people can stay in their home states and gamble, the city may lose its lure and advantage it has had for numerous years. Maybe this applies more to US residents rather than tourists, but it’s a point worth considering nevertheless.

The glitz and glamour portrayed in famous movies and TV shows will always continue to attract tourists to this particular destination. Those looking to celebrate bachelor and bachelorette parties seem to gravitate to the city, and I for one definitely don’t blame them. I’ve only been to two bachelor parties to date, and both were far from tame, but I dread to think how much more they would have escalated if they were in Las Vegas.

In the UK, take the wonderful city of Nottingham as the UK’s version of Las Vegas before PASPA was overturned. It may not be as visually aesthetic as Las Vegas, but would it still work as a gambling hub? I highly doubt it. I don’t think it would have the same pull and attract people from all over the world to come and visit the East Midlands. It isn’t as unique as Las Vegas and the attitude of  "what happens in Nottingham stays in Nottingham" doesn’t quite have the same ring to it, does it? The weather is hardly appealing either.

A few of my colleagues have had the luxury of going to Las Vegas for work purposes – some getting more involved in the action than others, which tells you it isn’t quite everyone’s cup of tea. I get the impression it’s a very unique, bizarre place to be and one which needs to be experienced at least once if the opportunity rises.

Whenever it is my turn to go to Las Vegas, my expectations are almost too high and I 100% blame The Hangover for that reason. If one of my friends doesn’t get married, fails to capture and lock a tiger in the hotel bathroom or replicate Mike Tyson’s face tattoo, I’ll be very disappointed. Maybe it isn’t for me after all.