Debate: Which vertical should online gambling companies turn to without sports betting?

Amid mass cancellations on the sporting calendar, sports betting companies have been deprived of a central revenue source during the coronavirus pandemic. As opposed to the record year many suppliers, operators and affiliates were expecting – with the UEFA European Football Championships scheduled for the summer – the sports betting sector is now facing months without major sporting events. 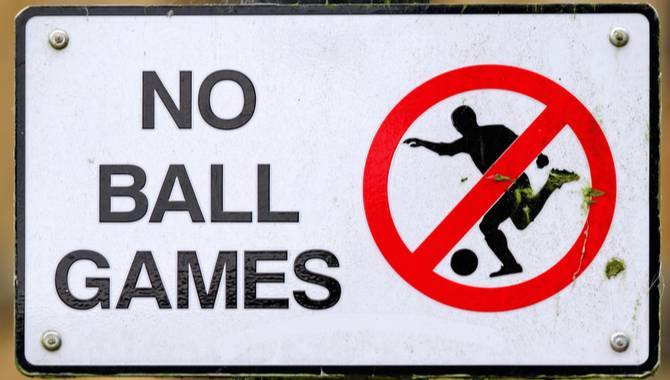 In the absence of football, tennis, Formula 1, American football, basketball and more, some bettors are turning to table tennis in states like Pennsylvania and Indiana. But, to generate revenue on a much larger scale, sports wagering firms simply have to turn elsewhere. So which vertical stands to gain the most from sports betting’s hiatus?

Owain Flanders: Esports is coming off the bench

When trying to fill the void left by sports betting, it seems evident you would choose the vertical most similar (give or take a letter). Although the impact of COVID-19 has been devastating for large parts of the industry, it has provided us with a vital glimpse into the future of the esports vertical.

Sports fans searching for their usual dose of competition have been driven elsewhere by the cancellation of major sporting events and esports has demonstrated it can provide a more-than-suitable replacement.

As a Formula 1 fan, I was understandably disappointed to learn the season was to be delayed indefinitely. However, in an effort to allay this disappointment, racers, professional athletes and esports stars have been arranging virtual versions of each Grand Prix – smashing previous viewership records in the process.

Earlier in the year, I would have scoffed at the premise of virtual racing; however, having waited so long for the start of the season, I found myself watching (and actually enjoying) the virtual edition of the Australian Grand Prix. For those like me who previously rejected the idea of esports, this sport-less period may prove vital in swaying opinion – increasing the growth of an already fast-moving vertical.

Last year, global esports revenue topped $1bn for the first time in its history, while its audience grew to more than 450 million people worldwide. This has prompted many industry experts to tout it as the next big thing in wagering.

Speaking with Gambling Insider late last year, John Griffiths, VP Marketing and Business Development at Spicy Mango, explained why he expects the vertical will continue to grow. He said: “There is a whole generation of people growing up who have been moving their game playing online. Then, when you add that to the ability to stream those games on Youtube and Twitch, these players have created a following very quickly which encourages other players to get involved.”

Although it is still early days for the vertical in comparison to more traditional forms of betting, it does seem gambling companies would be missing a trick in not capitalising on its increased viewership. The current situation may provide the motivation for them to do just that. Griffiths insisted that for esports wagering to grow to the levels of traditional sports, greater education was needed, both on a customer and business level.

Perhaps operators could use this time to increase education; directing their sports bettors towards esports competitions and potentially creating some life-long esports fans (and bettors) in the process.

We all know how popular sports betting is but virtual sports seems like the best vertical to fill the void. First off, it’s the vertical that replicates sports betting the most, considering it’s a virtual, pre-recorded version of your favourite sports, such as horseracing and football.

Fast forward nearly a year and you have the likes of Newgioco stating the longer live sports are delayed, the increased likelihood of a surging effect on virtual sports in the long run. Virtual sports are capable of running 24/7 and in this day and age of technology, provide an engaging and realistic offering of entertainment. The majority of operators now offer impressive graphics and commentary, replicating real life matches, particularly in football, more than adequate to fill the void left by a lack of live sports.

But it’s not just the traditional sports fan that virtuals can attract. Looking to younger generations, virtual sports betting could be exactly what a Generation Z audience – usually referred to as those born in the mid to late ‘90s – are looking for given their obsession with all things technology, including on mobile.

A panel at last month’s Prague Gaming Summit discussed Generation Z, with the consensus being virtual sports could be the ideal way to attract more players to the gaming industry and, given the current climate, the opportunity presents itself right now. The panel discussed the fact the younger generation engages with mobile devices constantly, making speed, graphics and accessibility key, which are all elements that make today’s virtual sports product stand out.

Golden Race Sales Director Tassos Panagiotaros admitted the supplier has adapted itself based on specific characteristics of Generation Z, to appeal to them with its virtual sports offering. Meanwhile, the fact customers who engage with virtual games also remain loyal, according to Newgioco, is another big factor in the popularity of virtual sports during this period.

Virtual sports can offer customers virtual events and athletes they may be emotionally connected to, which is another factor to filling the void left by sports betting, where you have an attachment to whoever you’re backing. Overall, this period with reduced sports betting is a great opportunity for virtual sports to continue its rise in popularity and even attract a new customer base.

Tim Poole: Online poker the ace in the pack

While online casino should generate the highest gross gaming revenue during an indefinite period without sports betting, the vertical that stands to gain the most – if operators are shrewd – is online poker. Down in the dumps and on the decline for some time, poker has been presented with an unprecedented opportunity to grow. Even though online casino should continue with strength, gaining traffic from land-based companies digitalising their business, poker boasts a number of aces within its hand:

This, as mentioned, depends on how shrewd operators will be and how quickly they can pivot. 888 Holdings CEO Itai Pazner has previously spoken to Gambling Insider about a desire to revolutionise poker and now could be the vertical’s biggest opportunity to do so. Perhaps shorter contests can still be offered to introduce sports bettors to the action, while more expansive bonuses and welcome offers are a risk worth taking at a time when free trials are being used to great effect across all industries.

As stated, online casino games do have an inherent advantage in that their demand has remained unaffected by COVID-19, even growing during the coronavirus pandemic. But poker has also seen a rise where, crucially, it has not been so fortunate in recent times. I expect esports to grow even quicker than usual and virtual sports should also rise in the current climate. In my humble opinion, however, online poker will be the biggest beneficiary from the mass reduction in sports wagering.