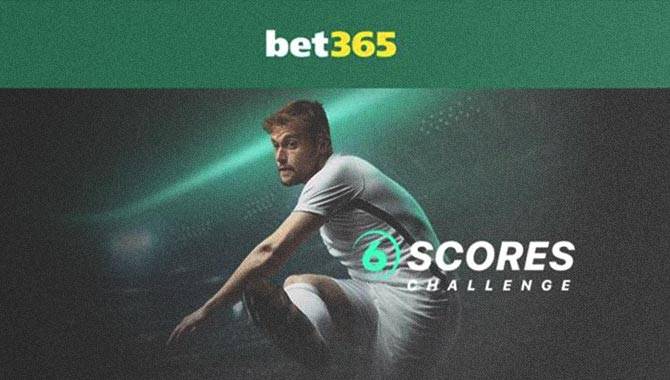 Unsurprisingly, no players correctly predicted that Liverpool would put nine goals past Bournemouth at Anfield, and few fancied Palace to score two goals at the Etihad against City.

Therefore bet365 continues to give new and eligible UK customers the opportunity to win up to £1m by correctly predicting the scores of six Premier League matches every weekend. And the best thing is, it’s free-to-play!

This week’s 6 Scores Challenge round kicks off with four  Premier League matches on Saturday 3rd September at 3pm. All predictions must be in by kick-off if you are to stand any chance of winning our jackpot prize!

The tie of the round could be the all-important one for our players. Any players who have correctly predicted five scores from the first five fixtures will be glued to Sunday’s action at Old Trafford, where Man Utd entertain Arsenal in the 4.30pm kick-off.

Erik ten Hag’s United have turned around what looked like being a disastrous start to the season with an impressive win at home against Liverpool, and a resilient 1-0 win away at Southampton. The visit of unbeaten Arsenal will be a thorough test of ten Hag’s team and one that will be hard to predict.

Arsenal came from a goal down to defeat Fulham 2-1 at the weekend, their 100% record leaving them two points clear at the top of the table. Mikel Arteta’s side was fancied by many to follow up an excellent pre-season with a positive start to the campaign, and they have delivered.

Don’t forget, all is not lost if you fall short on one or two results, bet365 will also be offering prizes for three, four and five correct results.