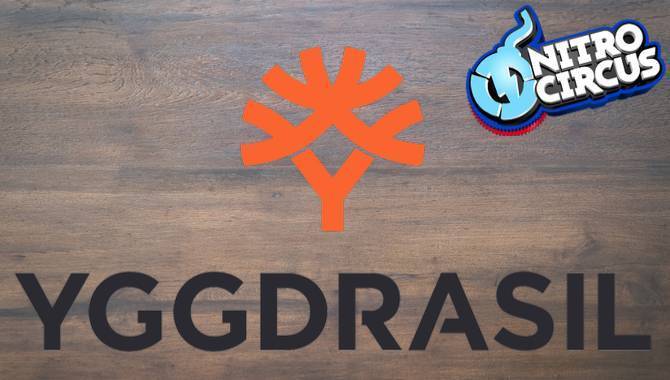 This strategic alliance allows Yggdrasil to create its first ever branded game by partnering with Nitro Circus, the sports entertainment brand led by its co-founder, motorsports competitor and stunt daredevil, Travis Pastrana.

The launch of the Nitro Circus slot game will coincide with Nitro Circus’ new You Got This tour, coming to Europe later this year and visiting six different countries on the continent between 20th November and 9th December.

Commenting on the new partnership Yggdrasil Gaming CEO, Fredrik Elmqvist, said: “Yggdrasil would not take the leap into the branded games space without the perfect partner, and we’ve found just that with Nitro Circus. Travis and Nitro Circus have a reputation for revolutionising their field; you only need to attend a show or watch their original content to see they are unparalleled in their excellence.

"This slot will introduce Nitro Circus fans to the thrills of online casino, and similarly bring the high-octane action of the arena to casino players. It will be a fantastic way for operators to acquire new customers. We are excited to team up with them and take the world by storm with this ground-breaking new release coming later this year.”

Nitro Circus President, Andy Edwards, added: “We are proud to be partnering with Yggdrasil, the leading creative force in their field, in the first ever Nitro Circus slot game. We are working closely with the Yggdrasil team and are looking forward to unveiling a game that delivers all the excitement our fans have come to expect from Nitro Circus.”

The Nitro Circus slot game will feature action-packed images of the brand’s athletes including Travis Pastrana, creatively integrated within the gaming experience.