10 years of raising standards together at KPMG eGaming Summit 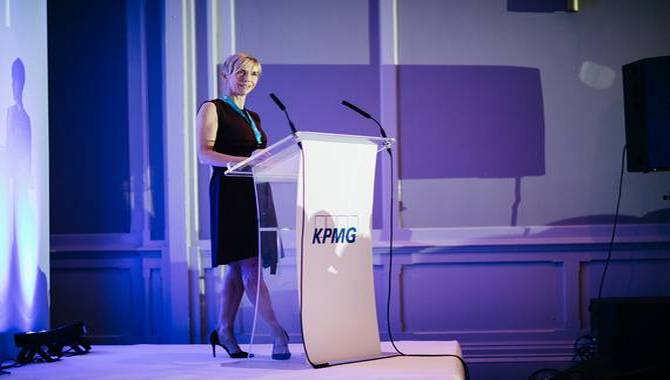 A special anniversary edition of the KPMG Isle of Man eGaming Summit was recently held to celebrate the 10th birthday of the high profile series that started on the Island in 2010.This year’s eGaming Summit was built around the theme of “Raising Standards Together for 10 Years” and looked back over the past decade, with a packed agenda featuring key industry speakers from the island and beyond.

Chief Minister Howard Quayle commenced proceedings, remarking on the eGaming sector producing nine years of consistent growth and having doubled its contribution to the Island’s Gross Domestic Product (GDP), now representing a 21% sector share of the Island’s economy. Acknowledging the landscape has changed since 2010, and will continue to change, new licences are being granted and new services are being launched which paints a picture of an evolving and forward-looking jurisdiction. Mr Quayle added ‘eGaming has remained one of our shining stars’.

Simon French from Bixteth Partners followed, with his version of ‘The Good, the Bad and the Ugly’, exploring 10 years of mergers and acquisitions in the gambling and betting sector. He then joined the first panel session ‘Continuing Consolidation’, exploring M&A activity and trends, led by Kristan King, Advisory Director at KPMG Isle of Man.

Through the course of the day, local industry experts were invited to tell their ‘IOM Gaming’ story from 2010 to 2019. Garth Kimber from Xela Holdings and David Black from Continent 8 were the first to look back on their progress and were later joined by Bill Mummery (Celton Manx), Warwick Bartlett (GBGC), John Coleman (Microgaming) and Lyle Wraxall (DfE).

Digital Isle of Man CEO, Lyle Wraxall reflected on the success of the eGaming sector on the Isle of Man over the past 10 years and attributed it to the Island’s ability to adapt. “The agility of our regulator was, and still is, instrumental to the establishment and growth of the sector and alongside this, ancillary businesses have embraced opportunity and provided an ecosystem around eGaming, resulting in the Isle of Man being known as a top tier jurisdiction for eGaming businesses.”

Looking to the future, Lyle said, “Whilst we continue to welcome new businesses to the Island, in a maturing market such as eGaming, our focus must also shift to helping support the growth of businesses on-island. Alongside supporting organic growth, we should adopt new technologies such as blockchain and artificial intelligence to enhance and diversify our offering in the eGaming space.”

“Digital Isle of Man is here to drive collaboration and form closer strategic partnerships. Most importantly, our aim is to create the right environment for our digital sectors to flourish.”

After an enjoyable lunch with beautiful panoramic views in the Snaefell Restaurant, delegates returned to the conference room to hear Lydia Barbara’s ‘Technology for Good’ presentation

The third panel of the day, Regulation and Enforcement, was led by Richard Williams from Keystone.

Wes Himes from BGC then looked to the next 10 years for the sector, followed by Russell Kelly (KPMG IOM) leading the final ‘Industry View’ panel, whereLyndsay Wright (William Hill), John Coleman (Microgaming), Wes Himes (BGC) and Magnus Grinneback (Mayfly) were invited to reflect on topics covered during the day and offer their views on the sector’s current and future environment.

Minister for Enterprise Hon. Laurence Skelly MHK made a closing address congratulating KPMG for an excellent event and affirming the Government’s commitment to maintaining the Isle of Man as a premier jurisdiction and world-class location for eGaming business.

Commenting after the event, Russell Kelly, senior partner at KPMG Isle of Man said: “It was a true meeting of minds to celebrate our 10th eGamingSummit and it’s clear the industry has undergone major change since the first summit in 2010.This year’s event received over 300 registrations, more than any other eGaming Summit, representing a continued interest in the event and indeed the sector. Thanks once again to our speakers and industry experts for their support and we thank them for their very constructive contributions.

A full report on the eGaming Summit will be published later in the year.