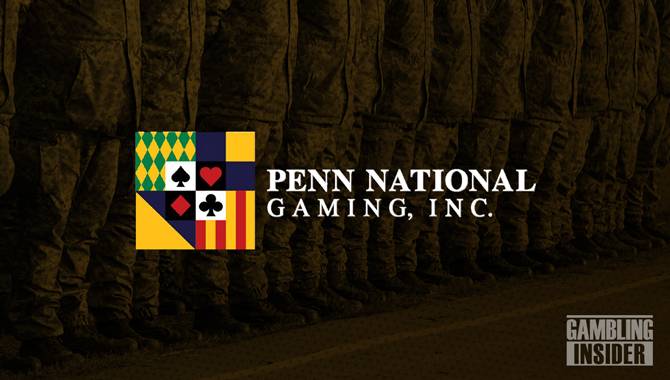 In honour of the Myheroes programme celebrating its first anniversary, the company has announced an extension centred around its employees who, in Penn National President and CEO Jay Snowden’s words, “have served and sacrificed.”

This new “team member-focused component” will see Penn National establish a network of ambassadors across its land-based portfolio.

These will then work with Penn National’s marketing and human resources teams at its various properties to build “promotional calendars and events around holidays, anniversaries and celebrations honouring heroes.”

Ambassadors will further look to engage military, veteran and first responder organisations within their local communities.

“On the anniversary of the launch of Myheroes, we are proud to expand this multi-dimensional programme to recognise Penn National team members who have served and sacrificed,” remarked Snowden.

“Our team has thoughtfully developed Myheroes to ensure it is truly meaningful and best-in-class for the heroes in our communities, which includes our own team members.

“Broadening this already successful programme deepens our commitment to supporting servicemembers, which continues to be a key priority for our company.”

This comes after Myheroes reached the 100,000-member milestone in February, which Penn National marked by dedicating $100,000 to support local veterans organisations.

Since then, Penn National said the programme has grown to 125,000 members, who have made more than two million visits to its properties since myheroes launched in May 2021. Myheroes represents an extension of Penn National’s Mychoice rewards scheme.