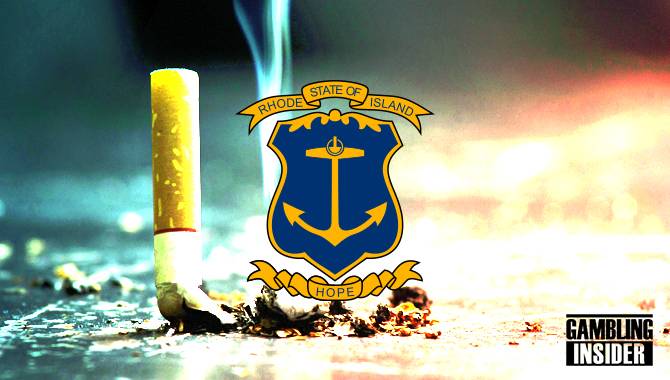 A Rhode Island legislator is calling for a state-wide smoking ban at casinos. In general, smoking is prohibited at workplaces under Rhode Island law, but casinos are granted a special exemption.

However, this has proven controversial, and campaigners are currently looking to remove their exemption, despite industry pushback.

Now, something similar seems to be taking place in the Ocean State. Rhode Island Representative Teresa Tanzi is sponsoring a bill to ban smoking at casinos.

Her bill, 2022-H 7855, “would repeal the exemption granted to pari-mutuel facilities and casinos from the smoke-free workplace requirement contained in the Public Health and Workplace Safety Act.”

“Casino workers are Rhode Islanders, parents, caregivers, taxpayers and human beings, and they deserve the same protections as everyone else in our state,” said Tanzi.

“It is fundamentally wrong to say that no one should be exposed to second-hand smoke in the workplace, but carve out an exception that leaves one group of workers not only unprotected, but in fact, bathed in smoke every day.”

While Rhode Island law currently requires casinos to create designated non-smoking areas, and stipulates that these must use “separate and distinct” ventilation systems, advocates of a ban argue that it does little to protect employees.

Tanzi continued: “There’s no excuse for continuing to endanger their health, and we need to pass this bill to let them breathe safely like everyone else.”

Her bill is backed by the Laborers’ International Union of North America (LIUNA) Local 271, which represents most Rhode Island casino employees.