Today, we recap the top gambling stories from Asia this week... 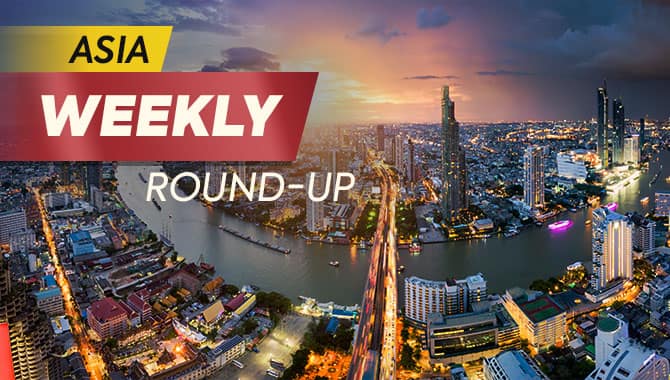 Macau’s “Junket King,” the ex-Chairman of Suncity Group Alvin Chau, has been sentenced to 18 years in prison after a jury found him guilty of over 100 charges related to organised crime and illegal gambling.

Chau’s guilty findings extend to the operations of an illegal gambling syndicate, fraud and tax evasion. Despite being charged, Chau was not convicted of money laundering.

Alongside his prison term, Chau and six of his associates have been ordered to pay HK$8.67bn (US$1.11bn) to Macau’s Government and several of its casino operators.

Singapore expects visitation to double in 2023 from 6.3 million

The Singapore Tourism Board (STB) expects its visitor arrival to double in 2023, from the 6.3 million tourists who landed in the country in 2022.

The 6.3 million incoming travellers exceeded the STB’s initial prediction for between 4 and 6 million tourists to arrive at Singapore’s airports.

However, the STB not only forecasts significant growth for 2023 but expects tourism activity to fully recover to pre-pandemic levels in 2024.

Thailand’s House of Representatives has approved a bill submitted for the establishment of integrated resorts.

As reported by Gambling Insider last week, proposals had been made to launch several casino locations across the country, including in Bangkok and the Eastern Economic Corridor, which includes the Pattaya and Rayong regions.

The proposals called for a cap of 5% on gambling space, with resorts set to feature five-star hotels, amusement parks, sports stadiums and even zoos as part of their customer experience.

Elected to the role for the next two years, Parente succeeds David Lucchese, EVP of Sales for Marketing and Digital at Everi, who led the organisation through a “challenging” two years dominated by Covid-19.

The AGEM is a not-for-profit international trade organisation that represents manufacturers of electronic table games, lotteries, systems and iGaming content.

The casino regulator of the largest Northern Mariana Island in the west Pacific, Saipan, has been forced to shut down due to a lack of funding.

Called the Commonwealth Casino Commission, the regulator was forced to shut down its office following an order from the local government.

According to local reports, a newly elected governor, Arnold Palacios, ordered the regulator to close due to the dire financial situation in Saipan.

But Imperial Pacific International hasn’t held a gaming licence since April 2021, losing it after failing to make a regulatory payment since 2019.