2018 in review: US sports betting and European regulation

Some doors swung open in the gambling industry this year and others closed tight, as regulatory changes swept through the global market, forever changing routes to success within the gaming sector. 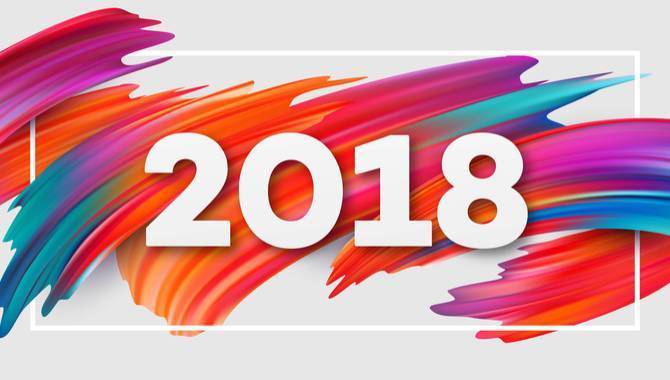 The US loosened its grip on sports betting, strict European advertising regulations were put in place, Macau continued to grow and much, much more. Yes, 2018 has to be considered a landmark year for gambling.

Discussions began in 2017 but it was not until May 2018 that the US repealed the Professional and Amateur Sports Protection Act (PASPA), allowing individual states to decide for themselves whether to legalise sports betting. Seven states have so far launched regulated sports betting, and more are likely to follow in 2019, especially when they see the results of their neighbours.

In November alone, Delaware grew its sports betting revenue from $500,000 in October, to $1.3m from $16.3m wagered. The Pennsylvania Gaming Control Board reported a total of $508,996 in adjusted gross revenue after payouts, with a handle of $1.4m from sports betting activities during November. And, in the capital, the DC council gave final approval to a sports betting bill in mid-December.

Nevada must have been worried the competition would cannibalise its own revenue but the Battle Born state broke its sports betting record this year. In September, it saw sports betting revenue of $56.3m. Revenue rose 27% from August thanks to the start of the new NFL season, accounting for 10% of total handle. The overall amount wagered also broke records at $571m – beating October 2017’s tally of $565m.

That's not to mention the early sports wagering numbers in New Jersey.

US sports leagues also stand to benefit from legalised wagering. A report commissioned by the American Gaming Association (AGA) said MLB could see annual revenue rise by $1.1bn, with previous research suggesting the NFL could see an increase of $2.3bn per year. These figures are almost surprising given the pressure the US’s top leagues have applied towards creating an integrity fee. MLB, for example, has called for a 0.25% levy on all sports betting activities, prompting Sara Slane, AGA Senior Vice President of Public Affairs, to say at G2E: "You want a cut of the revenue without any of the risk that's associated with it. You want us to take that risk, pay you and then you are going to benefit on the back end as well."

In October, Slane told Gambling Insider it is "a complete and utter fallacy" that an additional federal regulatory framework would protect the integrity of US Sport. That hasn't stopped Senator Chuck Schumer from trying, though.

In the UK, politicians and national press found ample opportunity to trot out their favourite anti-gambling phrase: "FOBTs – the crack cocaine of the gambling world." Fixed-odds betting terminals (FOBT) faced a fight for survival and, while they will still be allowed to operate next year, the limit on maximum stakes has been dropped from £100 to £2. The ruling was finalised this year and will be implemented in April 2019.

The cross-party group campaigning against them called this a success, but it remains to be seen how much the updated legislation will help problem gamblers. Online operators are becoming increasingly popular and industry experts view their lure as stronger than high-street shops.

Advertising in Europe will now need to clear taller hurdles to reach players. In the UK, the Industry Group for Responsible Gambling (IGRG) will implement a whistle-to-whistle ban on all televised betting adverts during pre-watershed live sport. But, once again, some analysts think the online option will win.

Italy addressed this by issuing a blanket ban on all forms of gambling advertising in 2018, including online, in a move Niklas Lindahl, LeoVegas Italy Managing Director told Gambling Insider is "an insane law that goes against the recommendation of the European Union."

He said gaming operators had a very successful World Cup but the flurry of ads was enough to push legislators toward tighter restrictions. The online measures, he says, will be very severe for internet-based casino operators.

Staying in Europe but moving north to Sweden, 2018 saw the country announce legislation to open its gaming market to private operators. Previously, only state-run Svenska Spel had access but, in the closing months of the year, regulator Lotteriinspektionen began awarding licenses to successful applicants.

In Asia, Macau’s GDP growth rate slowed in the second half of 2018, but the gambling hub recorded its 28th month of consecutive growth in November. Macau’s Gaming Inspection and Coordination Bureau announced monthly casino revenue of MOP25bn ($3.1bn) for the month; a 9% increase year-on-year.

There were also major steps forward for Brazil, as the nation moved closer to legalising sports betting, with outgoing President Michel Temer signing off on Provisional Measure 846/2018. Marcelo Munhoz da Rocha, legal advisor at BetConsult, told Gambling Insider Brazil's incoming President has given his support to the measure and is unlikely to overturn the decision once he takes office. This development could provide freedom for other forms of gambling to develop in the South American country, when it has been previously thwarted by politicians supported by religious groups.

Elsewhere, Betting on esports became even more popular in 2018 and several operators developed their own crypto-currency tokens to give customers a unique offering. The Maltese Gaming Authority (MGA) leads the way when it comes to incorporating Distributed Ledger Technology into everyday gambling; in October, it launched a Sandbox Framework to regulate these advancements. The use of artificial intelligence has also increased this year, in the hunt for a more personal approach, as well as for player protection.

Overall, 2018 has seen the gaming industry leap forward technologically and build more awareness around responsibility, as new markets emerge across the world. Updated legislation will change how businesses operate and restrict areas which previously had freedom.

But gambling is all about being optimistic and companies in the market, big or small, will be looking forward to 2019 and finding ways to succeed in the new legal environment.